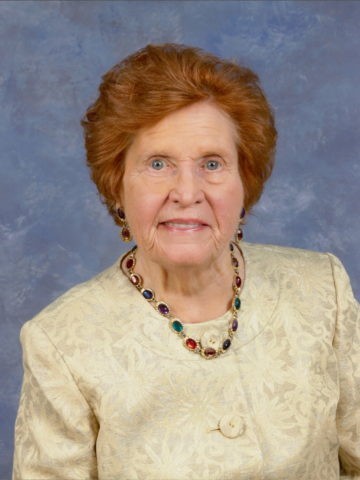 Departed on March 1, 2018 and resided in Springfield, Tennessee

She was born on January 19, 1933 to the late George Clements and Chlora Cole Taylor in Hermitage Springs, Tennessee. She graduated high school at the early age of 16, as the Salutatorian of Hermitage Springs High School, in 1949.  Alice continued her studies at Tennessee Tech in Cookeville, graduating with a Bachelor’s Degree in Home Economics in December of 1952. Earlier in the year she married the love of her life, Bascom Ray Jr. They started their married life in Nashville, soon moving to White House, TN where their 3 children were born and in 1966 they moved to a farm near Springfield.  This farm would be the foundation where she raised her children, spent time with her grandchildren and hosted numerous family reunions which always included nieces and nephews who were very dear to her heart.

Mrs. Ray worked as a Registered Dietitian whether planning weekly menus, managing a dietary staff or inspecting state wide nursing homes, she knew that proper nutrition is not only necessary for health, but emotional and mental well-being. She worked for Jesse Holman Jones Hospital from 1964-1969; Central State Psychiatric Hospital (Middle Tennessee Mental Health Institute) from 1969-1984 and then the Tennessee Department of Public Health inspecting nursing homes from 1984 until her retirement in 1999 with over 30 years of service.

After retiring from the State of Tennessee, Mrs. Ray continued to help feed the sick and shut-ins through her church ministry at South Haven Baptist Church, where she was a member for over 30 years. For many years Mrs. Ray would drive elderly members to and from church.  It brought her great joy to take her Sunday school friends to various cities in Tennessee dining at quaint restaurants and visiting interesting landmarks. Throughout her retirement years, she enjoyed her Sunday School Class and Robertson County Senior Center. She was described as having a true servant’s heart.

Mrs. Ray enjoyed traveling, visiting all 50 states and 17 different countries. Some of her favorite trips included 3 trips “out west” with her family and later taking the grandchildren on special trips.  Watching for wildlife at Cades Cove in Gatlinburg was definitely a highlight. Although Mrs. Ray loved exploring new places there was no where she loved more than her own little farm.

She will forever be remembered as a loving and caring wife, mother, grandmother, great-grandmother and aunt.

A Life Celebration will be held on Saturday, March 3, 2018 at 11:00 am in the Chapel of Springfield Funeral Home with Dr. Frank Gagliano officiating. Burial will follow at 3:00 pm at Clementsville Cemetery in Red Boiling Springs, Tennessee. The family will receive friends on Saturday from 10:00 am until the time of service.