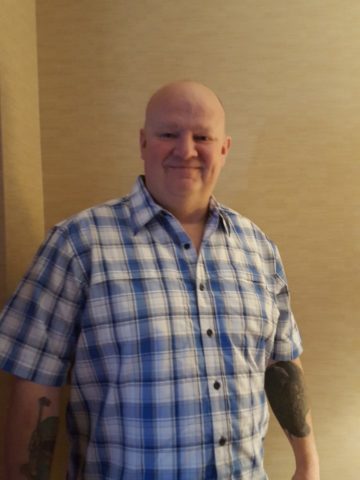 He was born on July 14, 1968 in Springfield to the Noah Harp and the late Jaqueline Casteel Harp and was a graduate of Greenbrier High School. Alton joined the United States Army and worked as a tanker. Once Alton was honorably discharged, he moved to Florida and became a Deputy at the Lake County Sheriff’s Department. Years later he returned home and began working for the Robertson County Sheriff’s Department before venturing out on his own to run his own Electrical and HVAC Company. After September 11, 2001 Alton wanted to do more, so after 16 years of being out of the Military he rejoined the Army National Guard. Alton loved his family and his country.

Alton was described as a loving husband, father and “Al Al” to little Marleigh. He was a family man first and foremost before anything else. He was a builder of anything anybody mentioned they needed. Alton enjoyed watching NASCAR, listening to KISS, raising his two rottweilers, numerous chickens and teaching others new skills. He was a caregiver not only to both of his parents but also to his sister Gwen. Alton was not just a husband but a best friend. Judy and him spent vacations cruising the Caribbean Sea and time in the mountains. He enjoyed having Austin and Kendra work with him, they will always have memories of handing Alton tools and helping out on jobs.

Those life lessons and the many memories of funny viral videos and will keep him close and in their hearts forever.

Alton is preceded in death by his mother Jacqueline “Jackie” Harp.

A Life Celebration will be at 11am on Saturday, February 27, 2021 at Cross Roads Baptist Church. Online condolences can be made at www.SpringfieldFH.com.

The family request in lieu of flowers donation be made to F&M Bank: 3519 Tom Austin Hwy Springfield TN 37172- for the children's education in c/o Judy Harp.