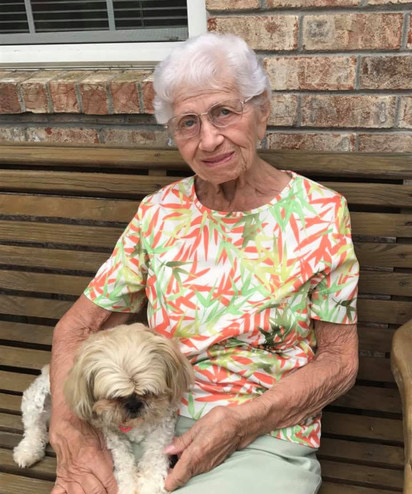 Departed on January 30, 2020 and resided in Springfield, Tennessee

She was born on October 26, 1932 to the late Giuseppe and Saddie Tegano in Brooklyn, New York and married the love of her life, Albert Siano, on 1954, they were blessed with three children. They had many wonderful memories over the years, like the ones from Fulton Fish Market and the many nights making homemade spaghetti sauce .

Mrs. Siano was of the Catholic faith and worked for many years as a seamstress doing alterations. She enjoyed knitting and working on word searches with her dog Ridge at her feet.

She will forever be remembered as a loving wife, sister, mother, grandmother and great grandmother.

In addition to her parents, Mrs. Siano is preceded in death by her daughter, Patricia Siano, seven brothers and sisters.

She is survived by her sons, Joseph (Kim) Siano and Benjamin (Carol) Siano; five grandchildren, four great-grandchildren and her sister, Santa Gagliardo.

A Life Celebration will be held on Saturday, February 8, 2020 at 3pm with Brother David Evans. The family will receive friends on Saturday from 1pm until the time of service.