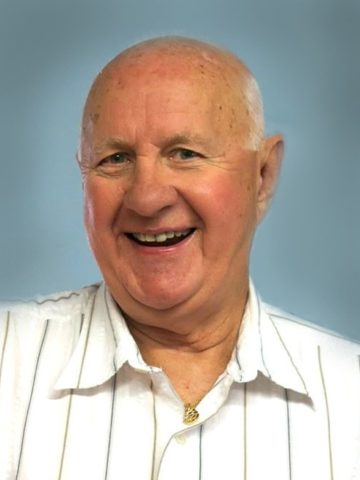 Departed on September 22, 2020 and resided in Springfield, TN

Audie Lee Cothron of Springfield, Tennessee passed away at his home on Tuesday, 22 September. He was 83 years old.

Audie was born and grew up on a farm in Dixon Springs, TN on December 11, 1936. He was the oldest son of Audie Efford and Beula McClard Cothron. Audie was a member of the Meadorville Missionary Baptist Church. After graduating from Macon County High School, he married Betty Jean Shoulders from Carthage, TN on Dec 23, 1954 and they moved to Springfield, TN where Audie worked in the Woolen Mills for several years. He later became a parts and production control manager working at Nutone, Electrolux, Peterbilt and AVCO. His last job before retiring in 2006 was at Prestige Printing. Audie was an active member in the Greenbrier community supporting the boys many sports and school activities as a volunteer Little League coach, high school score keeper and member of the Lions Club. Audie greatly enjoyed his family and especially playing with and watching his grandchildren and great-grandchildren's activities.

Visitation for family and friends will be on Sunday, 27 Sep from 4-8 p.m. with funeral service and burial on Monday, September 28, 2020 starting at 11 a.m. at Springfield Funeral Home. Brother Frankie Kirby will provide the funeral sermon. Brother James Shoulders will read the obituary at the service and Brother GW Knight will provide closing remarks and prayer at the graveside. Pallbearers will be Alex, Mitchell and Erik Cothron, Brian Grogan, John Michael Carver and Jeremy Sanders with Owen Grogan, Joseph Michael and Johnny Rex Carver as honorary pallbearers.
Online condolences can be made at www.SpringfieldFH.com .