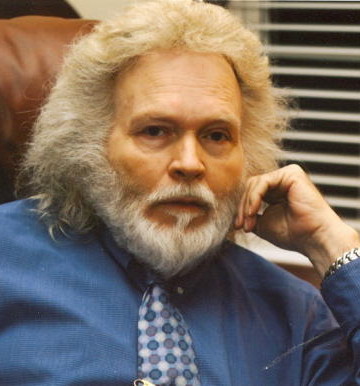 Harold G. Bailey, 71, passed away Saturday, August 15, 2009, in Nashville, TN.
One of ten children, Harold was born May 6, 1938 in Wrightsville, GA to Eulie and Gertrude Bailey.
He married Shirley Ann Stewart, his lovely wife of 53 years, on August 3, 1956 in Wrightsville, GA.
Harold was a hard working, multi-faceted man. Throughout the 60's and early 70's, he owned and operated both a barber shop and a beauty salon in Milledgeville, GA. In addition to running these two businesses, he was also a dedicated police officer for the Milledgeville Police Department.
In 1975, Harold and Shirley moved their family from Milledgeville to Nashville, TN where Harold worked as a stylist at England's Hair Salon for more than 20 years.
Harold was also a singer/songwriter. After moving to Nashville, he and his brother John expressed their love of country music by playing and recording as The Bailey Brothers. One of their greatest honors was performing on the stage of the Grand Ole Opry.
Harold is survived by his wife Shirley, son and daughter-in-law, Terry and Michelle Bailey of Franklin, TN, son and daughter-in-law, David and Katie Bailey and three cherished granddaughters, Kaitlyn, Kristyn, and Karolyne Bailey of Nashville, TN.
He is also survived by his siblings Ruth Brown of Sandersville, GA, Ralph Bailey of Augusta, GA, Lynell Chance of Saint Simons Island, GA, Doris Davidson of Conyers, GA, John Bailey of Tennille, GA, and Jimmy Bailey of Wrightsville, GA.
In addition to his parents, he was preceded in death by his brothers, Roy Bailey of Wrightsville, GA, Eldridge Bailey of Snyder, TX, Buford Bailey of Sandersville, GA and his sister Louise Bailey of Wrightsville, GA.
Harold will be lovingly remembered and forever missed.
Visitation will be Tuesday, August 18 from 4 to 8 pm and Wednesday, August 19 from 12 to 2 pm. Funeral services will be Wednesday, August 19 at 2:30 pm. All services will be held at Harpeth Hills Memory Garden, 9090 Highway 100, Nashville, TN 37221, 615-646-9292.