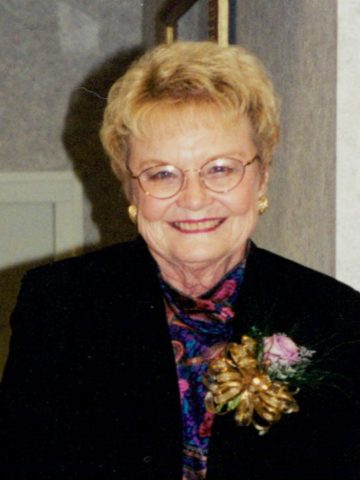 Departed on September 22, 2020 and resided in Springfield, TN

Betty Alice Carter, age 82 of Springfield passed away on September 22, 2020 at the home of her daughter.

She was born on November 26, 1937 to the late Robert L. and Eunice Viola Smith in Ft. Monroe, VA. She was a graduate of Madison High School. After graduation, Mrs. Betty joined the United States Navy as a Medic and she met the love of her life Thomas R. Carter and they married on October 31, 1958. They were blessed with 59 years of marriage and two beautiful daughters. She was a faithful parishioner of Our Lady of Lourdes Catholic Church where she sang in the choir for many years and was dedicated to her job at Volunteer State Bank where she worked for many years.

Mrs. Betty was described as a strong and loving mother. The family enjoyed spending quality time with each other from raising horses to spending the weekends on Kentucky Lake fishing and camping. During the summer they enjoyed family fish fries with Betty’s Famous Cole Slaw and Hush Puppies. Christmas was spent gathered together at her house where she hosted her family every year. Later on, Mrs. Betty enjoyed spending time collecting antique furniture, antique dishes and crafting flower arrangements and wreaths for her family. She also spent many hours in her garden tending to her favorite pink and red flowers.

In addition to her parents, Mrs. Betty is preceded in death by her husband, Thomas R. Carter and brother, Jesse Neal Smith.

A Funeral Mass will be held on Tuesday, September 29, 2020 at 11am with Father Anthony Lopez officiating. The family will receive friends on Tuesday from 10am until the time of service.