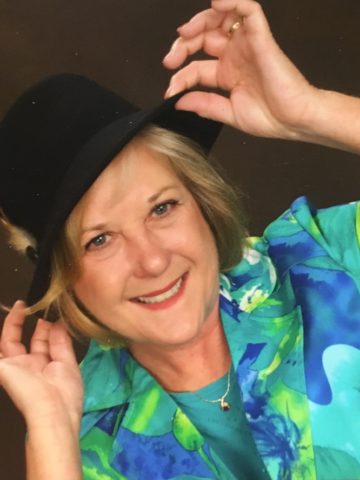 Departed on January 5, 2018 and resided in Cedar Hill, Tennessee

She was born on September 24, 1952 to the late Cyril and Virginia Belcher in Mauston, Wisconsin the oldest of their two daughters.

Mrs. Restey was a very accomplished woman, she started out working at her hometown hospital and volunteering as a EMT. She started in the business office of the hospital and was soon promoted to the Office Manager. It didn’t take her long to rise beyond that and become one of the most sought-after IT HealthCare Consultants in the country. She would continue to work as a consultant until her retirement in 2012. Even after she retired she still got phone calls from different companies all across the United States asking her opinion and wanting her expertise. She was proud that she was self-taught, she said “With hard work and dedication you could go anywhere and do anything you set your mind to.”

Mrs. Restey was the adventures type, becoming a pilot at the age of 29, skydiving and sailing. She was truly in her element when she had the three B’s “Boats, Beaches and Bonfires.” When she wasn’t exploring and traveling with John to places like Alaska, Panama City and this past year New Zealand, you could find her snuggled up with a good book, surfing Netflix with John or spending time with her two cats and two dogs.

She will forever be remembered as a loving wife, sister, aunt and friend to so many.

In addition, to her parents, Mrs. Restey is preceded in death by numerous aunts and uncles.

She is survived by her beloved husband, John Restey; sister, Barbara Ann Belcher Nicksic and a host of nieces, nephews, great nieces and great nephews that adored her.

The family will receive friends on Monday, January 8, 2018 at St. Michaels Catholic Church starting at 10:00am. A Rosary will be held at 12:00 followed by a Funeral Mass.