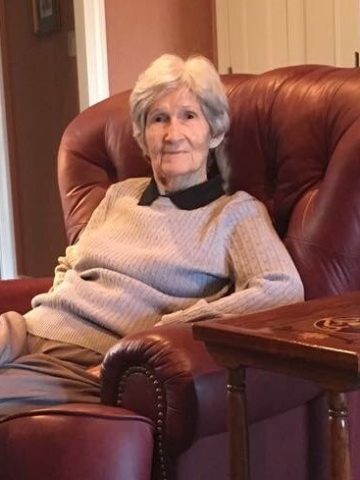 Betty, a native of Springfield, TN, was born on January 31, 1925, the daughter of the late Hubert and Sally Lawrence Moore.   She was married to Joseph Smith Woodard, also from Springfield, TN, for 60 years, who preceded her in death.  She was retired as the office manager for Micro-Electronics, a business she ran with her husband.  She was a resident of Brentwood, TN for 30 years and was a member of Brentwood United Methodist Church.  She was an avid golfer and a member of Brentwood Country Club and the Nashville Women’s Golf Association for many years. After moving to Jackson she became a member of Northside United Methodist Church.

Betty is survived by her daughter, Amelia Morton of Jackson, TN; her son, Tracy S. Woodard of Nashville, TN; a brother Earl Moore and wife Beverly of Kingsport, TN; one grandchild, Holly Roolf and husband Tom of Jackson, TN and one great-grandchild, Joshua Roolf.

She was preceded in death by two brothers, William Moore and John R. Moore and two sisters, Blanche Vinson and Mary V. Porter