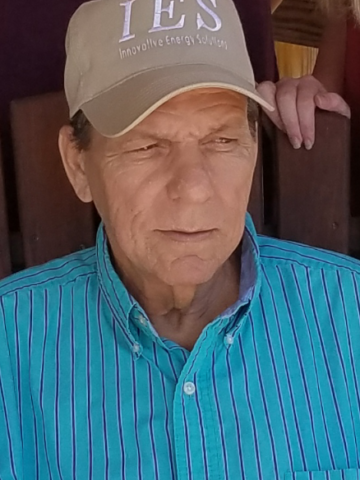 Departed on January 20, 2018 and resided in Springfield, Tennessee

He was a resident of Coopertown, TN and was of the Methodist faith. He was born on July 9,1949 in Springfield to Rufus Ross Lewis and Christine Wyatt Lewis who resided and farmed in Allensville, Kentucky, Grandson of Thomas Hooks Lewis and Nina Ross Lewis; Douglas Wyatt and Beaulah Joiner Wyatt, all early settlers of Stewart County, Tennessee.

He is survived by his only daughter, Christina Ann Walton and two granddaughters, Chelsey Lynn Perry and Briana Hollandsworth of Springfield.  Also one sister, (Nina) Jean Lewis Crabtree and his brother-in-law Roderick Crabtree, one niece, Jennifer Ross Rudolph and great-nephew John Ross Rudolph, all of Clarksville. Bobby went to work for AT&T, South Central Bell in 1970, first in Clarksville, TN and later transferred to the Springfield Center for a total of almost 30 years of service.

Bobby was known to friends and family as being a practical joker with the warmest of hearts; truly one of a kind.. Despite his medical conditions, Bobby never complained and lived life to its fullest. After death, Bobby is continuing his legacy in making a difference in others lives by being an organ donor. A true inspiration to those that knew and loved him dearly.

A Life Celebration will be held on Friday, January 26th at 6pm in the Chapel of Springfield Funeral Home. The family will receive friends on Friday from 4pm until the time of service.