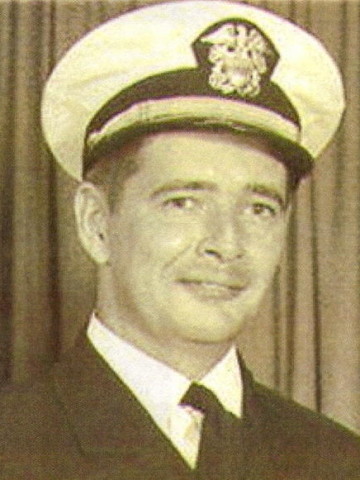 Departed on February 5, 2011 and resided in Brentwood, TN

BOWMAN, JAMES R. Age 87, Brentwood Tn. Died at home on Feb. 5, 2011. Jim was the fifth of 8 children born to Mary Earseman and Don Bowman. He lived in St. Louis County his whole life until moving to Brentwood, Tn. with his wife, Barbara, after retiring from The Terminal Railroad in 1986. He served in WW2 as a pilot of a Torpedo Bomber off the Carrier Hornet. After World War 2 he came back to St. Louis, finished his BS Degree at Rolla School of Mines and also served at Lambert Field in the Navy Reserve. Jim was called back to active duty during the Korean conflict. He and Barbara and their son, Teddy moved to Pensacola, Fla. where he taught Cadets how to fly. After a year and a half, it was back to St. Louis where Jim once again joined the Navy Reserves and commanded a squadron of Jet Pilots. Commander Bowman completed 30 years in the U.S. Navy. He retired from the Terminal Railroad in St. Louis as Chief Engineer in 1986. After moving to Brentwood, Jim volunteered and drove the Van for Room At The Inn at Christ Church, was an arbitrator for BBB, Monthly Foster Care Board, was a volunteer at St. Thomas in the Cardiac unit. He attended St. Bartholomew's Church for many years until he couldn't anymore. His sport was Tennis and his idea of a great day was a sweaty tennis match with sweaty friends and then a cold coke. He was a good and kind Christian man .He loved his children Ted and Andy and his granddaughters, Amanda and Abigail and, of course, his wife. He was a proud Eagle Scout and proud of his brothers and sisters. All but two preceded him in death. I forgot to tell you, he played Trombone in the Normandy High school Band. He played with enthusiasm but not well. We will all miss Uncle Sleepy but are so happy that he's not sick anymore. The Funeral Service will be Friday, Feb. 11 at Harpeth Hills Funeral Home 9090 HWY 100 with Fr. Jerry Smith officiating. Visitation will be at 11 AM, Service at 12 Noon. Honorary Pallbearers are Dr. William Titus, Ted C. Bowman, Andrew Bowman, Kenneth Miller, Lee Miller, Richard Neet, Fr. Jos. Marek, and Jerry Shima. Interment at Middle Tn Veterans Cemetery. HARPETH HILLS FUNERAL HOME 615 646-9292