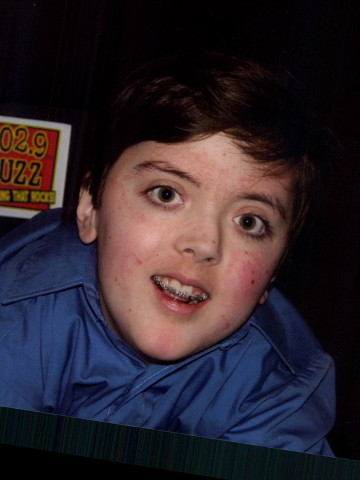 Departed on October 26, 2013 and resided in Hendersonville, TN

Brendon LaCombe Priddy , age 14 passed from his physical body on October 26, 2013 at 4:24pm. He was lovingly sent into an eternal life of peace, joy and love. Brendon exploded into this world on July 4, 1999 in Greensboro, NC to parents Larry and Michele Priddy with brothers Ryan (24)and Andrew (17). He resided with his family in Hendersonville, TN for the past 8 years and has attended the Sumner County Schools (Beech Elem., TW Hunter, Beech HS) in full inclusion despite the physical disability of Ulrich Muscular Dystrophy. Brendon enjoyed a full life, advocating for inclusion in all activities. He actively practiced yoga and his life demonstrated the incredible power of acceptance in all situation. Over the years he has completed several marathons (pushed lovingly by his Mother and sometime his older brother), navigated an airplane, attended typical summer camps, swam, interviewed state senators and representatives, lobbied capitol hill in Washington DC ...Though he was challenged physically he lived a life of full acceptance and lovingly met every challenge presented to him. He was an inspiration to many including a host of family......teachers, classmates, ...... He lived this purpose: "Our real purpose is to fit ourselves to be of maximum service to God and the people about us." OM Shante (peace)
In addition to his parents, Brendon leaves behind 2 older brothers, Ryan (Amanda) Priddy of Chattanooga, TN and Andrew Priddy of Hendersonville.
Maternal Grandparents are Frances Davis Parker of Houston, TX. and the late Charles S. Parker of Baton Rouge, LA.
Paternal Grandparents are James and Ruth Priddy of Paris TN
In addition, Brendon leaves 4 Paternal Aunts, Bonnie (David) Eldridge, Patty (Marcus)Alexander, Kathy (Steve) Looney of Paris, TN, and Donna (Johnny) Jones of Mobile, AL.
3 Maternal Aunts, Sally (David) Cohen of Houston, TX, Penny (Jim) Davis and Leah Ann (Michael) O’shieles of Austin, TX.
Numerous cousins and 1 nephew, Michael Andrew Priddy.
Visitation: Sunday, November 3, 2:00-6:00 Hendersonville Memory Gardens Funeral Home
Funeral Mass : Monday, November 4, 1:00, reception following Our Lady of the Lake Catholic Church
Donations may be made in lieu of flowers to the following organizations:
mpc YOGA for ALL (to honor Brendon's memory in the future)
Center for Courageous Kids
Mind Body Solutions