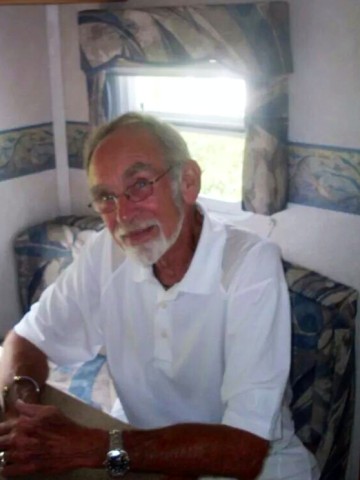 Departed on May 14, 2014 and resided in Hendersonville, TN

Bruce Edward Sanders, age 76, of Hendersonville Tennessee, went to heaven, on May 14th, 2014

Bruce was born in Louisville Kentucky, April 28th, 1938 to the late Dorothy and John Sanders. Bruce graduated from Southern High School in Louisville Kentucky (class of 1956) and furthered his education at The University of Louisville.
Bruce wanted to serve his country so he joined the military as a young man. The United States of America and Patriotism were woven into his bloodline, following in his father’s footsteps of military service. Bruce worked many years within the military, performing at a high level all across the globe for this country up until his official retirement from The Air National Guard.
After his retirement Bruce enjoyed the small things in life, spending time with his grandchildren, hitting the open road in his car and traveling, No real destination in mind. An afternoon or two on the golf course was sure to be on his horizon. Bruce enjoyed just sitting outside and taking in the fresh air. However, no matter what he was doing, where he was driving, Bruce was always looking to help others in need, whether they were family, friend or foe.
Bruce was a caring man, one that could always be counted on to be there by his family. He always had a kind heart to others. Lending a hand to help someone get back on their feet, whether it be a bed to rest their head or a few dollars in their pocket to get through the day. Honest, loving and a father figure to many is what Bruce will be remembered for.