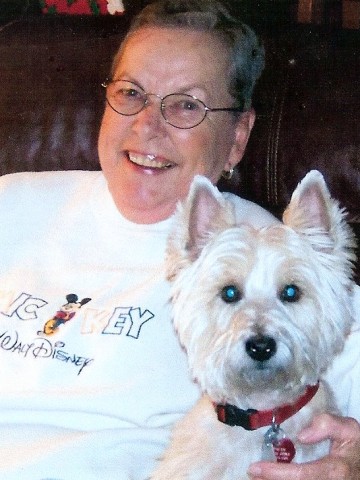 Departed on June 20, 2014 and resided in Hendersonville, TN

Bruce Scott Spencer- age 80, of Hendersonville passed away June 20, 2014. “Angel of healing, body and heart, working for God and willing to start”. This is the inscription on Bruce Scott Spencer’s grave marker. She was born on February 7, 1934, in Eight W Virginia, to Aura and William A. Scott of MacDowell County, West Virginia. She lived a very full and active life. On June 20, 2014, she was called to heaven to serve her Lord, Jesus Christ. During her 80 years on this earth, she left her mark on her family, friends and all who came in contact with her. Always a Christian, Bruce Scott Spencer re-affirmed Jesus Christ as her Lord and Savior on March 16, 2008. Her two daughters joined her in the Baptismal also re-affirming Jesus Christ as their Lord and Savior, and creating a spiritual bond that will endure forever.

Family remained very important to Bruce during her entire life. She shared stories about her childhood, relating the closeness and love that she had for her mother, father and two sisters. She married Robert Dean Spencer on March 17, 1956. Together, they raised three children, William (Bill), Deborah and Lisa. Bruce instilled in her children, the values that she grew up with. These included love of family, loyalty to friends, love of animals, a strong work ethic, the importance of education and the importance of treating all people with respect and kindness. Bruce had a tremendous love for her grandchildren, great grandchildren, daughter-in-law, son-in-law and other people who were significant in her children’s lives.

As an adult nurse practitioner, Bruce spent her professional life helping others. This extended into her personal life as well. She never met a stranger, had an amazing sense of adventure and a great sense of humor that allowed her to make friends wherever she went. She was happiest when she had her entire family around her, including close friends that she considered to be family. We can take comfort in the knowledge that she is not only joining Jesus Christ in heaven, but also reuniting with her mother, father, husband and grandson who preceded her in death. We can also take comfort in the knowledge that although she will be greatly missed, she has been reborn to begin a new adventure in heaven and to serve God in her afterlife.

She was preceded in death by her husband Robert “Bob” Spencer; grandson, Chris Spencer and parents, William and Aura Scott.
She is survived by her son, William (Vicki) Spencer; two daughters, Debbie (Joe) Abraham and Lisa Spencer (Henry Gregory); grandson, Alex (Whitney) Spencer; two great-grandchildren, Bo and Kaylee Spencer and numerous friends whom she also considered family.
A life celebration service will be held on Thursday, June 26, 2014 at 11 a.m. in the Chapel of Hendersonville Funeral Home with Larry Yarborough officiating. Burial will follow in Hendersonville Memory Gardens. Visitation will be held on Wednesday, June 25, 2014 from 4pm-8pm and on Thursday from 10am-11am at the funeral home.
Alex Spencer, Bruce Graves, Jim Hargrave, Joe Abraham, Henry Gregory and John Walker will serve as pallbearers. HENDERSONVILLE MEMORY GARDENS AND FUNERAL HOME, (615) 824-3855. www.springfieldfh.wpengine.com