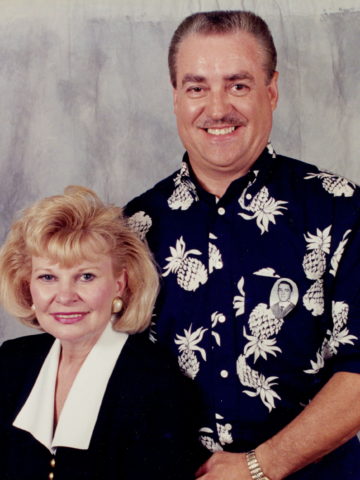 Departed on October 18, 2016 and resided in Greenbrier, Tennessee

Mr. Layne was born on October 27, 1943 to the late Dillard H. and Anna Coreine Layne at the foothill of Mounteagle Mountain in a town called Crossroads. He was one of 5 children. After graduating High School, Charles took a road trip to see his older brother Harold who was stationed at the Air Force Base in Salina, Kansas. After spending just a few days there, Charles received FBI clearance, at the age of 19, to start working on placing missiles underground. This would begin his love for his country and later a 23 year career in the United States Army.

Mr. Layne was described as an adoring husband and father. Through everything he always had a smile on his face and a song in his heart. He loved singing in church, to his wife and his friends. Mr. Layne also had an ability to play by ear, whether it was the guitar or piano, he could pick out a tune. When he wasn’t singing, you could find Charles puttering in the yard planting trees and rose bushes for his wife Louise. Over the years, the couple planted more than 500 buttercups, which were their favorite. It was also their tradition to drive to Crossroads to see a beautiful field of buttercups which would bloom at the foot of the mountain each year.

They enjoyed many trips to Gatlinburg during their anniversary in September and late afternoon drives to Shady Clift Marina on Lake Malone in Kentucky. At the Marina, they would watch the sunset and have the best cheeseburgers around. Charles also enjoyed watching Hayden’s ballgames and walks on the greenway.

Being raised in the church and continuing his walk with God led Mr. Charles to be a wonderful man and have a faith that was unshaken.

In addition to his parents, Mr. Layne is preceded in death by his brother, Ronnie Layne and aunt, Ruby Cox.