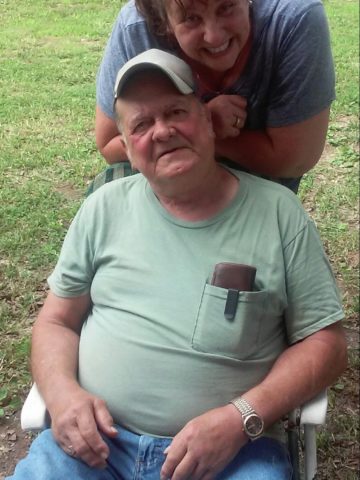 Clifford Earl Cox, passed away on July 18, 2017. Born in Springfield on March 27, 1947 to the late Clarence Washington and Martha Katherine Cox. Clifford worked for many years as a carpenter before retiring in the Springfield area. He was a veteran of the United States Army and served in the Vietnam War. He also worked for the City of Springfield, and for Southern Heel. In addition to his parents, he was also preceded in death by his sister, Martha Jane Mink. He is survived by his daughter, Sherril (Mark) Pentecost; brothers and sisters, Louise Rippy, Bobby (Shirley) Cox, Ronnie (Judy) Cox, Sue (George) Rogers, Ricky (Janet) Cox, and Sheryl (Donald) Bankenship, and six grandchildren. Visitation will be at Springfield Funeral Home and Memorial Gardens on Friday from 4-8pm. Funeral service will be on Saturday July 22 at 11am at the funeral home with interment to follow at Springfield Memorial Gardens with military honors.