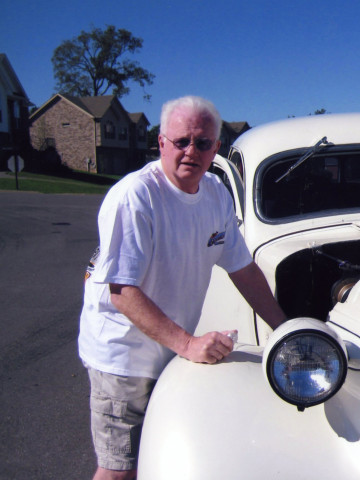 Departed on March 5, 2014 and resided in Hendersonville, TN

Conrad Eric Walker went home to be with our Lord in Heaven on March 5, 2014 after a long battle with cancer. He is preceded in death by his parents Everett and Annie May Walker; brother, Carman and daughter, Wendy. He is survived by his wife, Cheryl Walker; daughter, Candace Vradenburg; sons, Rory (Keisha) Walker and Conrad A. Walker; brothers, Glenn (Janet) Walker, Everett (Joann) Walker and Gary (Estalita) Walker. Five grandsons Justin, Joseph, Dillon (Brittany), Dalton and Garrett; two great-grandchildren, Izzy and Carstian and many nieces and nephews.
Conrad grew up in Halifax, Nova Scotia the oldest of five boys. At the age of 19 he moved to California where he worked in the grocery business for many years. While there he married Cheryl, the love of his life, and started a family. They later moved to Tennessee where he owned and operated an acoustical ceiling company until he retired.
He developed many friendships over the years through his love of classic cars and car shows. He will always be remembered for his kindness, integrity and devotion to family. Always willing to mentor those around him he has touched many lives, and made us better people just by knowing him. He will be sadly missed by all his family and friends. We will carry him with us in our hearts until we meet again at Heaven’s door. A memorial mass for Conrad Eric Walker will be held at 11a.m. on Tuesday March 11, 2014 at Our Lady of the Lake Catholic Church 1729 Stop Thirty Road Hendersonville, TN with a graveside service at Hendersonville Memory Gardens 353 Johnny Cash Pkwy Hendersonville, TN. Following the services a luncheon will be provided in the social hall of Our Lady of the Lake for all family and friends of Mr. Walker who wish to attend. HENDERSONVILLE FUNERAL HOME (615) 824-3855 springfieldfh.wpengine.com