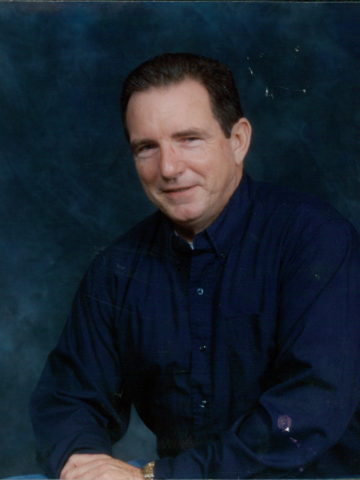 Departed on March 7, 2019 and resided in Greenbrier, TN

He was born on February 29, 1952 in Springfield, TN to the late John and Dorothy (Ellis) Justice. He worked over 40 years for DuPont/Barry Plastics and was a member of Grace Baptist Church.

He was a loving and caring man, he was honest and selfless. He enjoyed coaching his, as well as other, children in football, baseball, softball and basketball having enjoyed playing the sports himself. After coaching, he continued to enjoy sports through watching his grandchildren playing the same sports he coached.
He enjoyed watching the University of Tennessee Football, the Green Bay Packers and the St. Louis Cardinals.

David was a great cook and enjoyed cooking for his family. His most requested dish was Chili. When the grandchildren stop by after school David would automatically ask “Are you hungry?”, “Would you like a snack?” His snack was usually a full meal of chicken nuggets, fries and/or mac-n-cheese.

4th of July was his favorite holiday, as much as his grandchildren like Christmas. He looked forward to waking early before sunrise and preparing for the days’ festivities including grilling, horse shoes, water games in the pool and ending with a firework show.

Later he enjoyed spending most summer days mowing, taking care of the yard or making sure the pool water was “just perfect”. His favorite past times included spending time with his grandchildren, grocery shopping at Kroger and collecting Case Knifes. His collection includes over 500 knives, which he was very proud of.

David will forever be remembered as a loving husband, devoted dad and granddaddy.

David was preceded in death by his parents, John and Dorothy (Ellis) Justice.

A Celebration of Life will be on Monday at 2pm with Brother Steve Freeman officiating in the chapel of Springfield Funeral Home. Burial will follow at Greenbrier Cemetery with Chad Justice, Logan Justice, Phillip Taylor, Jonathan Evans, Corey Mayo and Clint Mayo serving as pallbearers. The family will receive friends on Sunday, March 10th from 4-8pm then again on Monday from 12pm until the time of service at the funeral home.