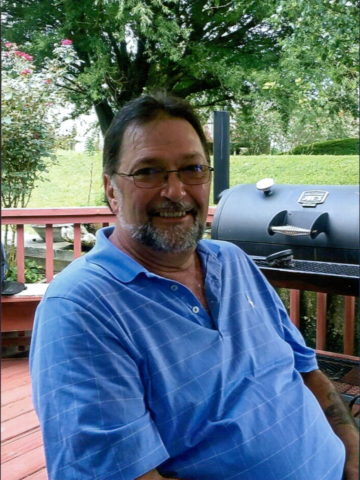 Departed on November 21, 2019 and resided in Springfield, TN

He was born on September 19, 1961 in Jacksonville, Florida to the late Ben and Helen Wallace Shutt.

David was described as a loving family man that enjoyed playing jokes on people and making them smile. He could tell a “tall tale” and have you believing every word, until he started laughing and you realized he was pulling your leg. He was also known to dance with a shovel on a construction site just to make the guys smile. David enjoyed spending time with his grandchildren and cooking for his family. His barbecue was one of a kind and people enjoyed it so much that he opened “First Choice BBQ” in Adairville, KY. His joy for cooking became a source that provided not only a meal for his family but memories that will be treasured forever.

He was a true “jack of all trades”, for many years David worked as a general contractor from framing houses to put in plumbing and electrical he did it all. Lindsey said, she could describe an idea she had and he could create it. While he wasn’t in construction, David spent 20 years on the road as a tractor trailer driver traveling across the United States. After his retirement, David enjoyed mowing his yard, spending time at Torino’s and working on small projects around the house while listening to Classic Rock.

In addition to his parents, David is preceded in death by his son, Damien Shutt, step-daughter, Misty Peden, and his brother Timmy Shutt.

A Life Celebration will be held at 2pm on Tuesday, November 26th in the Chapel of Springfield Funeral Home with Brother Jerry Hefflin officiating. Burial will follow in Springfield Memorial Gardens with Bill Cahill, Michael Craig, Bobby Craig, Dakota Shutt, Shawn Baker and Matt Crownover serving as pallbearers. The family will receive friends on Monday, November 25th from 4-8pm then again on Tuesday from 11am until the time of service.