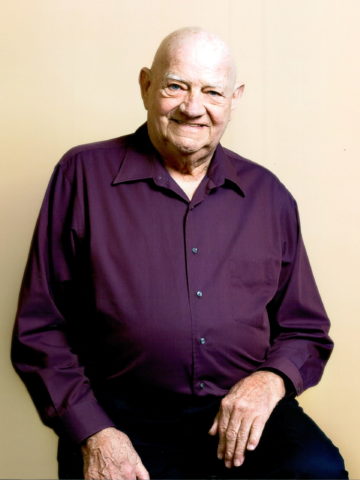 Dean Whitley, age 76 of Greenbrier, passed away at his home on July 17, 2020 surrounded by his family.

Eddie Dean Whitley was born on November 7, 1943 in Columbus, Ohio to the late Daniel Edward and Audrey Gilliam Whitley. He was a 1961 graduate of Fleming County High School in Flemingsburg, KY. He married the love of his life, Ms. Carolyn Brown, on June 15, 1963 and was blessed with three daughters. In 1976, McLean Trucking Company offered their employees a chance to move from Cincinnati to Nashville to set up a new location. After many discussion, Dean and Carolyn took the leap and moved to Greenbrier on 7 acres they would call their home for the next 44 years. It came with two ponds with catfish and a garden where they grew their own vegetables.

Dean was described as a caring man that was generous and loving. He loved to work and after retiring two times he became “Dino the Landlord.” He enjoyed driving his big Red Van to Madison to work on the 26 units. Dino was a jack of all trades and passed his knowledge down to his girls. Summer time was spent in their own little resort behind the house. It had everything you needed from the pool, to the Cabana with Slushy Machine, hibachi grill and fire pit to roast marshmallows. The Whitley Resort made for memories that will last a life time.

This last spring after not setting out a garden for four years, Dean was convinced by his children and grandchildren to set out one more garden. So, he brought out the old tractor and with the help of the whole family began a garden. Dean shared tips and tricks he had learned over the years to make this year’s garden memorable.

Dean will forever be remembered as the loving husband, father, grandfather and great- grandfather he always was.

In addition to his parents, Dean is preceded in death by his son-in-law, Shane Pinkelton.

A Life Celebration will be held on Saturday, July 25th at 4pm in the Chapel of Springfield Funeral Home. The family will receive friends on Friday, July 24th from 5-7pm then again on Saturday from 2pm until the time of service. In lieu of flowers memorial donations can be sent to “Support Dr. Iams Research” c/o VUMC Gift and Donor Services 3322 West End Ave, Suite 900 Nashville, TN 37203-1197 or to Caris Hospice: 2308 Memorial Blvd Springfield, TN 37172.
Due to Covid-19 restrictions we ask everyone to please wear a mask and to practicing social distancing during visitation and the funeral.