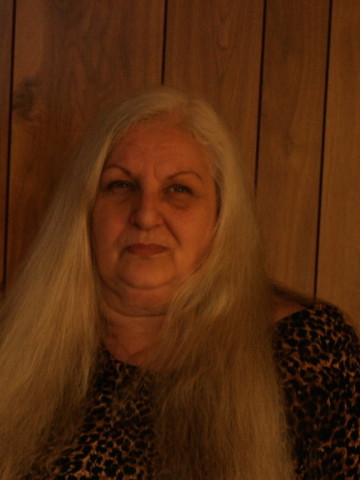 Departed on April 2, 2016 and resided in Greenbrier, TN

Donna Jo Hodges Owens, age 61, passed away Saturday April 2, 2016. She was born June 23, 1954 in Indianapolis, IN to Emma McCreary Price and Mitchel Hodges. When she was a young girl she moved to Tennessee with her mother and stepfather, John H. Price. She is survived by her stepfather, two brothers - Greg Hodges and Wayne (Holly) Price, one sister - Treva (Wade) Garrison, one daughter - Desiree Hodges Moore, one son – Jeremy Owens, three grandchildren – Jon (Jenny) Moore, Jessica Moore, Gavin Owens, one great granddaughter – Korbyn Moore, 12 nieces and nephews, along with many other family, neighbors and friends. Most importantly she leaves behind her beloved dog Sassy who is now in the care of her daughter. As an adult she had the opportunity to live in several different places. She moved to Louisiana as a teen to live with her father. She graduated high school there, had her daughter and worked for many years at Western Electric where she made great friends such as Marge and Jon Snyder. She then relocated to Houston, TX where she was married and her son was born. After moving back to Louisiana for several years she made her way back to Tennessee where she could be closer to family in Greenbrier, Glasgow KY and Indiana. She worked at and retired from Aladdin Industries.

Donna was a very creative person and often had several different projects in the works at any given time. Often times you could see the results of her creativity in her decorating. Holidays were especially important to her, but Halloween was always her favorite. She was an avid reader and many would catch up with her at the local library. Because she had read most every fiction book they had she was on the call list for any new book they received.

A Life Celebration Service honoring Donna will be held on Saturday, April 16th at 2:00 P.M. from the Chapel of Springfield Funeral Home. Visitation with the family will be one hour prior to the service.