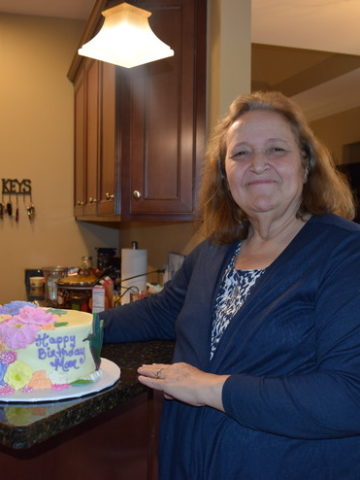 Departed on July 25, 2017 and resided in Springfield, Tennessee

Doris Ann Lett, age 60 of Springfield, passed away on July 25, 2017 at the home of her daughter.
Mrs. Doris was born on January 21, 1957 to the late Ray and Lucille Jenkins in Orlinda, Tennessee. Being one of nine children she grew up as a sharecropper’s daughter. She met her husband early on and knew without a doubt that he was the one. Doris and Brad married on June 2, 1972 at the age of 15 and 17 years old and were blessed seven years later with their first daughter Jennifer and 7 years later a second daughter, Ashley. Doris stayed home with her girls until they reached school age and got a job with Watauga Elementary in the Cafeteria.
Doris was a joyful and loving person. She put her family first, others second and herself last. She loved spending time with her pride and joy Ethan. Even if they didn’t see eye to eye on their pick for NASCAR; hers was Carl Edwards and Ethans was Kyle Busch. They would go round and round about who was best. However at the end of the day Ethan would still say his Nana was HIS sweetheart!
After retiring from the School System, Doris enjoyed spending time finding new recipies and working jigsaw puzzles with her husband. She was also blessed to have taken care of her parents in the final months of their life. Her family said it was truly a time she forever cherished.
Mrs. Doris will forever be remembered as a loving wife, giving mother and Nana.
In addition to her parents, Mrs. Doris is preceded in death by her brother, Wayne Jenkins and sister and brother-in-law, Karen and Jerry Harris.
She is survived by her faithful and devoted husband of 45 years Brad Lett; daughters, Jennifer (Scott) Emerson and Ashley Lett; grandson, Ethan Emerson; siblings, Kenneth (Joy) Jenkins, William (Maryann) Jenkins, Jerry (Vicki) Jenkins, Robert (Barbara) Jenkins, Ricky (Sherry) Jenkins and Debbie (Rick) Tooley and sister-in-law, Bertha Jenkins; and a host on nieces and nephews.
A Life Celebration will be held on Saturday, July 29th at 12:00pm in the Chapel of Springfield Funeral Home. The family will receive friends on Saturday from 10:00 am until the time of service.
Springfield Memorial Gardens, Funeral Home and Cremation Center: 4005 Memorial Blvd Springfield, Tennessee 37172: 615-384-5437: www.springfieldfh.com