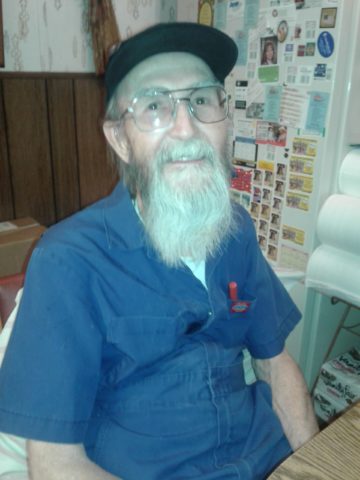 Earl Edward Ryan, age 86 of Springfield passed away on July 11, 2020 at Morningside.

Mr. Ryan married the love of his life, Sue Claire Crabtree on April 13, 1956. He worked for many years at DuPont in Old Hickory until his retirement in the late 80’s. His retirement freed up his time to spend working in his garden raising beautiful flowers like roses and sunflowers and vegetables like hot peppers and strawberries. Mr. Ryan’s new found freedom allow for him and Sue to travel to places out West like Las Vegas, Nevada, White Sands, New Mexico and places closer to home like Florida and the Smokey Mountains.

His love for Hot Rods has stretched throughout his life. His ’56 Bel Air Convertible and ’65 Chevy Impala where just two of the many he owned over the years. Mr. Ryan would tell you he enjoyed NASCAR when the cars were real and that his favorite driver was Jeff Gordon. Pam said she could remember times spent with her dad working on cars but her favorite memory growing up was driving around in the 442 Oldsmobile and him “Letting her drive.”
Mr. Ryan will be remembered as a loving husband, dad, granddaddy and brother.

In addition to his parents, Mr. Ryan is preceded in death by his wife of 64 years, Sue Claire Crabtree Ryan; brothers, Willie Ryan and James Stanton Ryan; and sister, Louise Marie Ryan Osborne.

He is survived by his daughter, Pam (Chip) Thomason; granddaughters, Shavelle O’Ryan Thomason and Shyannah Claire Thomason; sister, Shelby Jean (Reed) Ryan Mann, and a host of nieces, nephews, great nieces and nephews.
A Graveside Service will be held on Thursday, July 16, 2020 at Springfield Memorial Gardens. The family will receive friends on Thursday from 10am until the time of service. Online condolences can be made at www.SpringfieldFH.com.