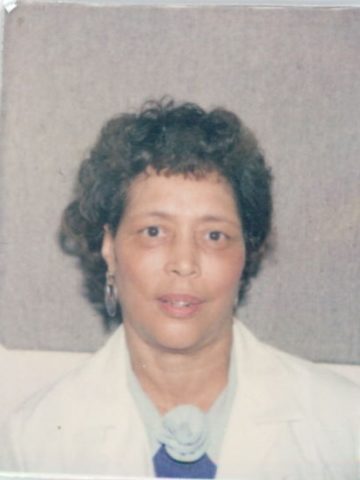 Departed on March 1, 2018 and resided in Nashville, TN

Earline lived a full, loving life.  She went about doing good not to bring attention to herself but to share the love of God.  Family meant everything to her.  She touched countless lives.  Her strength, generosity and compassion were examples for us all to follow.

Earline was born the third child to the union of John D. Williams, Jr. and Rosa Hudgens Williams on March 25, 1930 in Robertson County, Tennessee.  Earline grew up on a working family farm with loving brothers and sisters, Arthur, Anna Marie, Helen, Robert, John, Norris, Glodean and Mary where they were taught that an honest day’s work builds character.  She professed an early faith in Christ at Antioch Missionary Baptist Church in Turnersville, Tennessee and later joined Cleveland Street Baptist Church, Nashville, Tennessee.

Earline was educated in the public school system of Robertson County graduating from Bransford High School the Salutatorian of the class of 1948.  Shortly following graduation a gallant young man sought her favor after her brother, Arthur (Buck), introduced them and Earline wed Vernon Lee Bell of Cheatham County, Tennessee on July 17, 1949.  On June 19, 1950 God blessed their union with the birth of Verlene.

The Bell Family moved to Nashville in the fall of 1964 where Earline enrolled in the Vanderbilt School of Nursing Technology.  After receiving her certification as a Surgical Technician in 1966 she faithfully served the Vanderbilt Surgical Department for thirty (30) years.  Earline received numerous recognitions and awards for her excellent work and was beloved by her Vanderbilt co-workers.  Earline continued to work after retirement from Vanderbilt at Dean’s Day Care, owned by her sister Glodean, until three weeks prior to her transition. Earline did as much as she could for as long as she could.

A Life Celebration will be held on Tuesday, March 6, 2018 at 11:15 am. The family will receive friends on Tuesday from 10:00 am until the time of service. The burial will take place in Restlawn Memorial Gardens in Adams, Tennessee with her nephews serving as pallbearers and nieces as floral bearers.