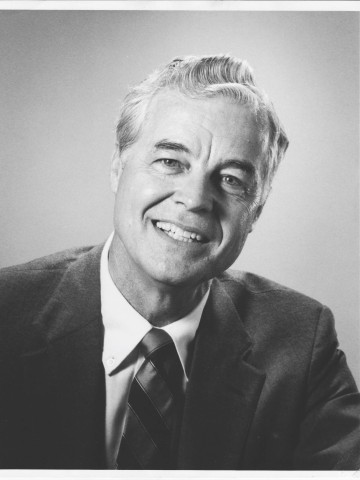 Born in Gallatin, TN, then later resided in Nashville, TN and Hendersonville, TN before returning to Gallatin.

Began his career with National Life and Accident Insurance Company in 1951 at the age of 19. In 1960, 1961, 1962 and 1970 he led National Life’s entire Field Force of some 7,500 agents, and thus was nominated to the Insurance Salesman’s All-Star Honor Roll. He earned the National Quality Award with an average persistency rate of 97%. In 1965, he joined National Life’s Sales Development Staff in the home office as Administrative Assistant- Advanced Sales. In 1967, he was promoted to Assistant Vice President in charge of Sales Development and Publication, but in 1968, he chose to return to personal production. He ultimately struck out to build his own independent agency (National Brokerage Company) On September 26, 1969, he received his CLU designation from the American College. In 1970, he completed the CLU Certificate Course in Estate Planning. He was an active member of the National Association of Life Underwriters and was past president of the Nashville Association. In 1973 he was appointed to the LUTC Board of Trustees and served as their Chairman of the Board in 1975. He served on the Program Development Committee of the Million Dollar Round Table in 1973. He later became a lifetime member of the Million Dollar Round Table, which is the highest honor afforded to an insurance agent. In 1978 he was selected “Executive of the Year” by the Nashville Secretaries Association, International. In 1985, Mr. Bowles completed the Series 7 examination to market securities. The following year he established a new financial planning company (Financial Consultants of TN)

Of all his many achievements, he considered his family his most important legacy.

As a child, he attended Grace Baptist Church in Nashville and became a Christian at the age of 15. After moving his young family to Hendersonville in 1951, he became an active member of Hendersonville First Baptist Church. He taught an adult Sunday School class for 35 years, served as a deacon, and served on other church committees. Additionally, he led the establishment of a local chapter (Middle TN Tres Dias)of an International Christian Organization (Tres Dias International)

Mr. Bowles also founded or provided leadership to numerous small businesses, in areas such as banking, manufacturing, sales and agriculture.

He enjoyed fishing and hunting, especially duck hunting and helped establish the Middle Tennessee Labrador Retriever Club. He also enjoyed traveling and was an avid reader.

Special thanks extended from the family for those who gave such tender care during his final days: Comforcare Homecare, High Point Hospice, and many friends and family members.