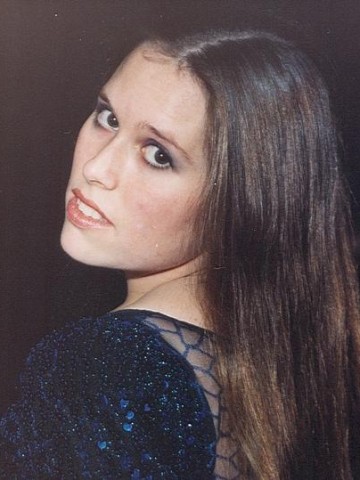 Kelli Ronee Ellis was born on June 10 in Saginaw, Michigan to Barbara and Ron Ellis. She was joined by her sister Nikki 5 years later. They were raised at their family homestead with dogs, cats and horses, and plenty of room to roam. She always felt so blessed to have had such an idyllic childhood and loving family. Kelli took her role as big sister very seriously, bossing her sister around and ensuring that Nikki did what was needed or at least what Kelli wanted. She was an excellent student, taking school and all her responsibilities very seriously. She always had a strong sense of morality. Her spare time was always spent with her horses and her family. She was very proud of her dad's race car driving, and inherited his "need for speed. When her father died at an early age, she walked alongside her mom in assuming responsibility for the family.
Kelli always excelled at all she attempted. Whether it was taking money from unsuspecting men at the pool hall, or directing Human Resources, she was good at it. Following her college years at the University of Michigan, she had several jobs. After a brief time in Florida, she moved to New Jersey and worked at BCBS, where she met JoAnn McGovern, a kindred spirit and partner in crime. She moved from NJ to Virginia, Virginia to North Carolina, then to Florida and Tennessee where she met Carl Bramel. Kelli was married for 10 years to Carl and remained close to his family even after the marriage ended. Her career in Nashville took off with Opryland, followed by a long-term run with Secure Pharmacy. She made several close friends throughout her time there.
Kelli's mother became sick with cancer in 2000, and she and Nikki moved her to Tennessee in order to take care of her and spend time with her. She relished that time with her mother.
Kellli loved her house, her garden, fast driving, popcorn, traveling, and spending time with her friends and family. She loved to go antiquing, going to the beach, and sitting on her front porch reading. Her subject of choice was always horror. Her fascination with all things scary began at an early age when her parents took her and her sister to the drive in to see "The Blob". It never ended. From visiting Salem MA at Halloween with JoAnn to a standing tradition of going to see all the Saw movies at that same time of year, Halloween was her favorite holiday. Coming in a close second would be Christmas, mostly because that gave her the opportunity to spoil her little sister.
Kelli had a deep abiding faith in God. His presence in her life gave her the comfort of knowing she was never alone. She spent time in her yard, appreciating the beauty of all He had created and enjoying planting, moving, and choosing the perfect plant for the perfect spot. She had a flair for the extraordinary. She spent hours searching for and finding exquisite beauty. She often remarked that she didn't know how anyone could not believe in God when they looked at the world around them.
Kelli's outlook was always positive, she had a great wicked sense of humor, and believed in people. She will be greatly missed by all those who were fortunate enough to have been a part of her life.