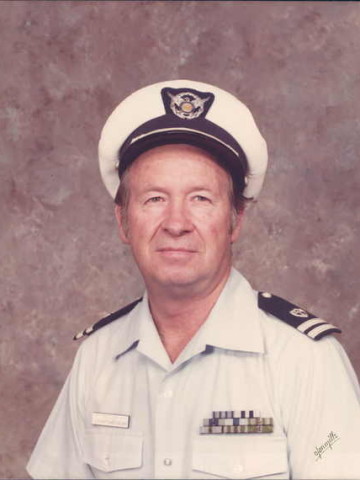 Departed on September 29, 2011 and resided in Hendersonville, TN

ENDSLEY, James K. "Jim", was born September 29, 1929 and passed away 2011 surrounded by his loving family September 29, 2011 at the age of 82. Jim was born and raised in Lewisburg, TN. He was one of seven children. He was a loving husband, father, grandfather and great-grandfather. He served his country in the Navy where he was stationed in San Diego, CA. Later in life he served as commander of the Coast Guard Auxiliary. During his working years he was a supervisor for Dupont for 25 years. He had many hobbies and passions throughout his life including camping, fishing, hunting, boating, and restoring cars. He had the ability to make anything with his hands including knives and guns. He is preceded in death by parents, Virgil and Erma Endsley; sister, Catherine Braizer; brother, Wilfred Endsley; He is survived by his loving wife of 61 years, Carlene Endsley; children, Sharon Chris Cockrill and Jim Christe Endsley; grandchildren, Jeff Wall, Jon Wall, Stephanie Morgan, and Brittni Endsley; brother, Buford Endsley; sisters, Aline Pigue, Janis Endsley, and Brenda Day; 4 great-grandchildren also survive. A graveside service will be held on Monday, October 3, 2011 at 11 a.m. in Hendersonville Memory Gardens with Norman Slate officiating. Nephews will serve as pallbearers. Visitation will be held on Sunday, October 2, 2011 from 2 p.m.-4 p.m. and 6 p.m.-8 p.m. and also prior to the service on Monday beginning at 10 a.m. at HENDERSONVILLE FUNERAL HOME 353 Johnny Cash Pkwy Hendersonville, TN 37075 615 824-3855 springfieldfh.wpengine.com