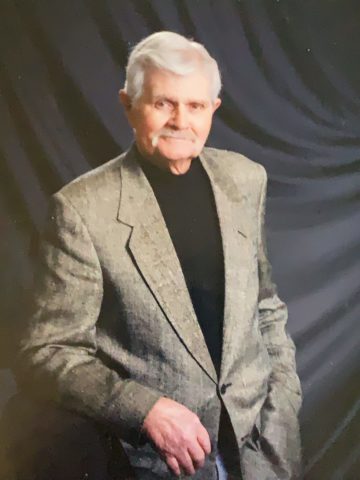 Departed on November 24, 2019 and resided in Pleasant View, TN

Erby Lee Voorhies, age 84 of Pleasant View, TN, passed away on November 24, 2019 at NorthCrest Medical Center surrounded by his family.

Mr. Voorhies was born on November 29, 1934 in a small community called Ruby, in Rapides Parrish, Louisiana to Jeff and Bertha Voorhies. He dropped out of school after the 7th grade when his mother passed away to help raise his younger brothers and sisters. Later, he joined the United State Navy and spent the next four years serving his country. After his discharge, Mr. Voorhies went to college on the GI Bill where he earned his Bachelors Degree in Animal Science through Louisiana State University.

He married the love of his life on October 23, 1957, Ms. Frances Miller. They settled down and were blessed with two boys, Barry and Gary. A young Mr. Voorhies worked as a dance instructor at Arthur Murray Dance Studio for awhile. And from 1971 until 1996 he worked for the United States Department of Agriculture Farmer’s Home Administration, most recently as County Supervisor in Robertson County. Mr. Voorhies enjoyed hunting, raising Australian Shepherds, camping with his wife and sons, and playing softball. Gary spoke of a banana yellow bass boat that sunk not once but twice on a camping trip, much to their dismay and Barry told of fencing 84 acres with his dad by chopping down trees and cutting them into fence posts. They both remembered the amazing Cajun cooking they grew up with from crawfish etouffee, jambalaya, gumbo, along with family trips to Dauphin Island with the Earp family.

Mr. Voorhies was a man of faith, relying on God to guide him. The Lord used his talent of carpentry to minister to others on church mission trips.

These memories and others of Pop will be cherished for years to come by his wife and family.

In addition to his biological mother, Mr. Voorhies is preceded in death by his parents, Jeff and step-mother Lily Voorhies and several of his 7 brothers and 5 sisters.