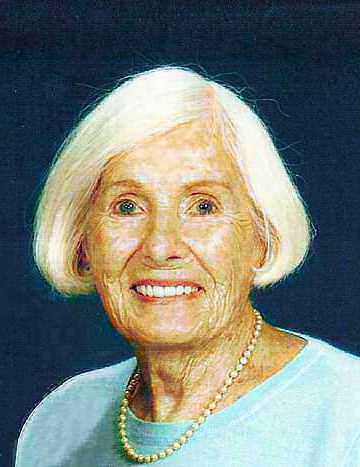 Departed on August 15, 2009 and resided in Hendersonville, TN

Jean Ardella Evans, our most gracious and devoted wife, mother and friend passed away Saturday, August 15, 2009. She will be forever in our hearts and is deeply missed and loved by Tom, Jean's husband of 65 years and their seven children: Barbara Moriarty, Linda Evans, Tom Evans Jr., Robin Rappo, Kathleen Evans, Nancy Fulton, Mary Fallon; thirteen grandchildren and three great grandchildren. Jean was born in Wilkes Barre, Pennsylvania and was the youngest daughter of Ross and Margaret Lindzay of Nanticoke, Pennsylvania. She was the sister to Verna Thomas of Mountain Top, Pennsylvania and George Lindzay of Pritchard, Alabama. Jean and Tom met through a mutual friend and after a courtship were married while Tom was in the Air Force. After the service Tom and Jean started a career with General Electric which took them between Fort Wayne, Indiana and Schenectady, New York where they raised their seven children. Jean was an avid golfer and Director of Special Events at the Edison Golf and Country Club. Jean and the family attended St. Helen's Catholic Church. When Jean and Tom's youngest child Mary entered school age, Jean set out on a successful career in real estate with Welbourne and Purdy Realtors. Tom's career with General Electric brought the family to Hendersonville, Tennessee in 1976. With her family mostly grown and on their own Jean was able to resume her career in Real Estate with Crye Lyke Realtors. Jean was a member of the Blue Grass Country Club for several years and stayed active in golf. She served on a committee for Rock Castle where she was active in preservation and fund raising. She was also active in fundraising for the American Cancer Society and held several elected positions with The Questers. Jean was an avid bridge player and participated in several bridge groups. Jean was a parishioner at Our Lady of the Lake in Hendersonville where she and Tom were active in an Emmaus Group regularly hosted in their home. Jean became a master cook while she and Tom were married. As her family and friends can attest to she was a phenomenal cook and hostess. Her home was filled with love and laughter and she will be forever in our hearts and souls. . A memorial service will be held 11 A.M., Friday, August 21, 2009 at Our Lady of the Lake Church. Visitation with the Evans family will be from 4 P.M. – 7 P.M., Thursday, August 20, 2009 at Hendersonville Funeral Home. In lieu of flowers the family requests you honor Jean through a donation to your local Humane Society.