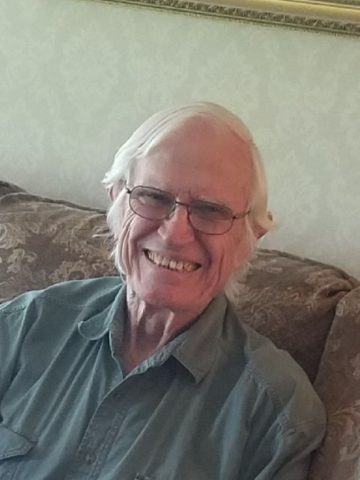 Frank M. West, Jr. “Grandaddy”, 87, returned to his heavenly home on 11 April 2017, after a brief, yet strong and courageous battle with cancer.  His devotion to his wife, family and his firm belief in God supported his in his struggle and ultimately gave him peace and the ability to let go and go home.

Mr. West was born on 22 September 1929 in Springfield, TN. He joined the Army and then the United States Air Force. He is also a Korean War Veteran. He was a member of the local 1441 Mechanics and Engineering Union. He was a schooled and self-taught man of many trades, and he could literally fix anything. Once retired, he and his wife loved to go to yard sales and turned that into a lucrative career with antique booths at several different locations.

Mr. West was married to his best friend, soulmate, and the love of his life, Cleo Blevins, for 62 years. They completed their family with 3 wonderful children. He was a great father and leader, not only to his family but to all those around him. He was a tall, strong man, but his heart, faith, and love for this family was even bigger. He was such a kind, loving, giving and generous man. He always had time to answer a question or solve a problem, no matter how big or how small. He is dearly missed by his loved ones who can take comfort in the fact that he is now at peace with his creator.

Mr. West is survived by his wife, Cleo; daughters, Debra (David) McGhee, and Barbara O’Keefe; son, Jim West; grandchildren, Josh (Deanna) McGhee; Ginger McGhee, Daniel Self, and Ryan West; and six great grandchildren. He was met at the heavenly gate by his granddaughter, Stephanie West. He will be deeply missed by his friends, family, neighbors Darrell and Heather Willeby, and all who knew him.

A life celebration service will be 11am 14 April 2017 at Springfield Funeral Home with burial to follow at Springfield Memorial Gardens. Visitation will be on 13 April 2014 from 5-8pm.