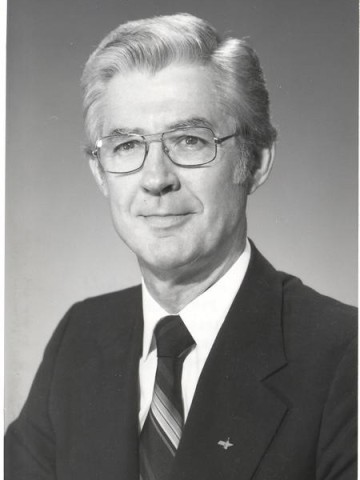 Departed on October 9, 2013 and resided in Hendersonville, TN

Frank Wilmot O'Donnell of Hendersonville passed away at home on October 7, 2005 after an extended illness. He was born August 4, 1922 to the Rev. William M. O'Donnell and Mary H. O'Donnell in Terry, MS. He is preceded in death by his parents and four brothers, William, Marion, James and Harry. He attended Murray State College prior to joining the Navy and served 33 months in the South Pacific in WWII. He earned the rank of Chief Warrant Officer. He was the district Manager for Tractor Implement Supply Company. He was president of Nashville Sales & Marketing Society, served as a Director of International Sales & Marketing. He was on the board of the Nashville Area Chamber of Commerce. He was in the United States Coast Guard Auxiliary and served as a Division Captain. He was a member of Cedar Creek Yacht Club and served on the Board and belonged to Old Hickory Yacht Club. He was a life member of PI Sigma Epsilon and was a Certified Sales Executive. He is survived by his wife of 37 years, Carol M. O'Donnell, two sons, Robert F. O'Donnell of Stanford, CT and Thomas Gerald O'Donnell of Nashville, two step children, Keith M. Kellum of Kansas City, MO and Kerry K. Valencia of Kerhonkson, NY, 5 grandchildren, Shannon Newton Matt of Virginia Beach, VA, Kacee Kellum of Leclair, IA and Danny, Ryan and Kelsey Valencia of Kerhonkson. Visitation with the family will be 4 - 8 pm Monday, October 10, 2005 at Hendersonville Funeral Home. Funeral services will be conducted on Tuesday, October 11, 2005 at 11 AM at the First United Methodist Church in Hendersonville. There will be visitation one hour prior to the service at the church. Pallbearers are James O'Donnell, Jack Abbot, James Rainey, Lowell Rakestraw, James Graham and Cliff Hepper. Honorary pallbearers are Harry W. Smith, Don Franklin, Edward Keeling and the Companions Class. In lieu of flowers, memorial contributions may be made to the First United Methodist Church of Hendersonville or the Leukemia Society. Funeral arrangements are under the direction of Hendersonville Funeral Home : 353 East Main Street : Hendersonville, TN 37075 : 615-824-3855 : www.harpethhills.com