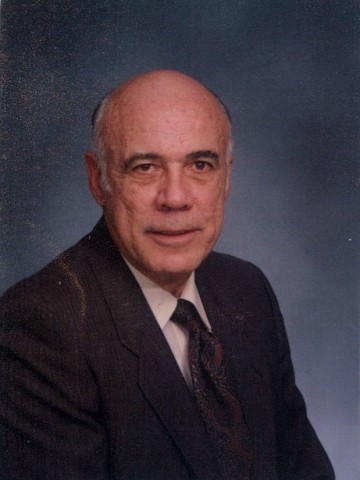 Departed on February 8, 2014 and resided in Gallatin, TN

Fred Louis Clinard, Sr. of Gallatin, TN was born on March 5, 1932 and passed away on February 8, 2014. Fred graduated from the class of 1950 from North Nashville High School and was an active member in the alumni association. He graduated from Austin Peay University, and then pursued a 34 year career with Metro Nashville Water Works, where he was the superintendent of the water purification department. After retirement he then began a 5 year career with Madison Suburban Utility District. Fred was a lifelong member of the United Methodist Church. He was a certified lay speaker serving as pastor of Luton’s UMC at the time of his death.
Fred is preceded in death by his parents, Louis and Virgie Clinard, brothers, James and Billy Clinard, and sister, Odell Wallace. He is survived by his loving wife of 61 years, Mary Ann Robertson Clinard, daughter Cynthia C. Thompson (Ralph), son, Fred L. Clinard, Jr.; grandsons, R.J. Thompson (Crystal), C. Matthew Clinard, Ryne N. Clinard (Sarah), and Jonathan L. Clinard (Catie); great-grandchildren, Luke Edward Thompson and Lillian Ruth Clinard; sister, Mary Elizabeth Lohr, as well as numerous nieces and nephews. The grandsons, Clyde Wright and Bill Howard will serve as active pallbearers. Honorary pallbearers will be Living Word Sunday School Class at City Road Chapel UMC, members of Luton’s UMC, and nephew, John Matthews. In lieu of flowers donations may be made to City Road Chapel UMC Chior Fund or charity of choice.Special thanks are made to Alive Hospice.
A visitation will be held on Monday from 4-7pm at Hendersonville Funeral Home. A funeral service will be conducted on Tuesday at 11am at City Road Chapel UMC in Madison, TN, with visitation 1 hour prior.