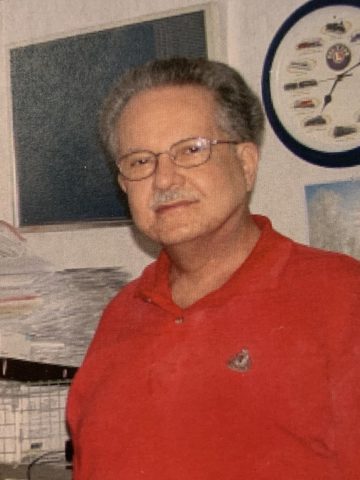 Departed on February 21, 2021 and resided in Springfield, Tn

Fredric Lambert, Jr, age 72 of Springfield, passed away on February 21, 2021 at Alive Hospice in Nashville, TN.

He was born Fredric “Freddie” Alton Lambert, Jr on December 21, 1948 to the late Fred Alton Lambert, Sr and Lacy Ethelyne Hindman Lambert in Nashville. He graduated from Glencliff High School and Tennessee Technological University with a Bachelor of Science in Engineering. He earned the Best Assembly Drawing his freshman year and then the Best Detail and Assembly Drawing for the department.

After college, he met the love of his life Eleanor Lorene Cook while he was the Training Union Director for Carroll St. Chapel. He was drafted into the US Air Force in 1970 and assigned to the 21st Tactical Air Support Squadron, San Francisco. He served one tour in the Vietnam War as a Ground-to-Air Radio Operator from 1971-1972. Upon his return, he was stationed at England AFB, LA and switched careers to Administrative Specialist where he quickly gained the respect of his commanding officers. He ended his military career with 4 years and the rank of E-4 Sgt. After his honorary discharge, he married the love of his life Lorene on September 20, 1974, and settled in Nashville and later in Cross Plains.

Fredric entered the work force with the Tennessee Department of Transportation in 1983 as a Draftsman and retired with 25.5 years of service in 2011. His hobbies were bowling in city leagues, amateur radios, building model aircrafts, trains, and collecting Americana smoking tobacco paraphernalia.

The family will receive friends on Friday, March 5th from 1-7pm, then again on Saturday, from 10 am until the time of service. The family request donations be made to Cross Plains Heritage Commission: P.O. Box 7, Cross Plains, TN 37049. Online condolences can be made at www.SpringfieldFH.com.