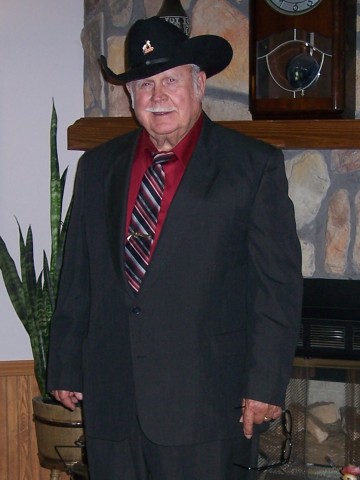 Harold Denton “Dennie” Summers, age 79 of Springfield, passed away on May 23, 2015 at NorthCrest Medical Center.

Mr. Summers, a member of Springfield High School class of 1953, joined the United States Air Force in 1954. He would serve 22 years and retire out as a Master Sergeant. During the Vietnam Conflict he served two tours with the Ground Directed Bombing Unit and for a time was stationed at Lima Site 85 as part of a covert military operation. After retiring from the military, Harold Summers worked in the Nuclear Power Industry which took him across the country and overseas for several years. Later Mr. Summers retired again and moved back to Springfield where he began his own business, D&D Controls. Mr. Summers volunteered with the Muscular Dystrophy Association Summer Camp, where he facilitated therapeutic horseback riding activities. He was a member of various veterans’ organizations, a supporter of patriotic causes, and a past VFW Post Commander.

Mr. Summers had many hobbies and interests, but nothing gave him more pleasure than spending time with his family. He enjoyed taking his grandchildren fishing and hunting, watching movies with the family, spending time with his three great-grandchildren, and telling stories from times past. He and his wife Nereida would travel frequently and spent winter months in Puerto Rico. Friends would tell that if you were hunting with Mr. Summers and you heard his gun go off, you knew to pack up because he had the meat for that night. Mr. Summers dearly loved his family and will be missed by many who considered him a true friend.

In addition to his parents, Mr. Summers is preceded in death by two brothers David Lee Summers and Neal Thurston Summers.

A Military Graveside Service will be held on Tuesday May 26, 2015 at 2pm at Elmwood Cemetery in Springfield. Visitation with the family will be on Tuesday from 12pm-1:30pm in the Chapel of Springfield Baptist Church at 400 N. Main Street Springfield, TN 37172.

In lieu of flower memorial contributions can be given to the Tennessee Muscular Dystrophy Association Summer Camp, 783 Old Hickory Blvd #300W Brentwood, Tennessee 37027.