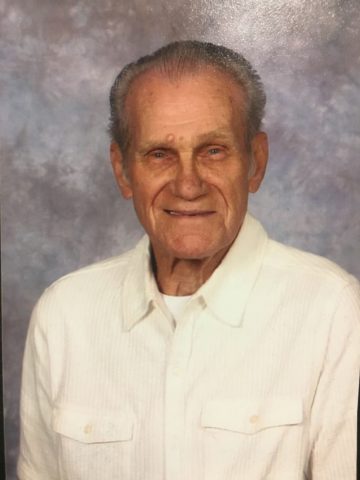 Departed on June 7, 2017 and resided in Greenbrier, Tennessee

Herschel McKinley Grace, age 90 of Greenbrier, went home to be with his Lord and Savior on June 7, 2017 at Skyline Medical Center.

He was born on April 26, 1927 to the late George and Minnie Grace in Allegre, Kentucky.

Mr. Grace was a member of Ebenezer Baptist Church, a WWII Army Veteran and most of all a family man. He was married in 1954 after falling in love with his nurse, Thelma Jones after sustaining injuries in the only wreck he ever had while driving a work truck.

He was known for his funny personality, his love for his family and church. For many years, Mr. Grace would drive to the Shell Station in Ridgetop and start the first pot of Royal Cup Coffee before they would even open up.

He will forever be remembered as a loving, caring husband, father, Pa-Pa, Uncle Buck and friend.

In addition to his parents, Mr. Grace is preceded in death by his wife of 51 years, Thelma Grace; brother, George Grace, Jr. and sisters, Ophelia Combs and Wilma Francies.

A Life Celebration will be held at 1:00pm on Saturday, June 10th in the Springfield Funeral Home Chapel with Brother Jack Evans officiating. The family will receive friends on Friday, June 9th from 4-8pm then again on Saturday from 11am until the time of service.