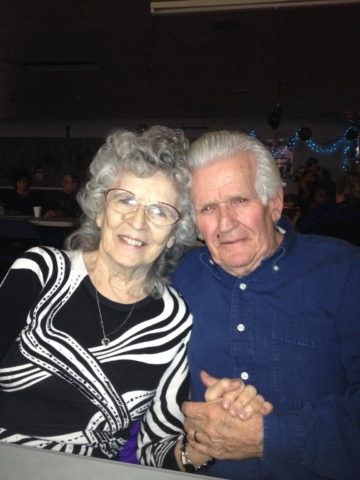 Howard John “Bud” Coffey, age 86 of Chapmansboro passed away September 16, 2016. Bud was born in Perry, New York on June 24, 1930 to the late Howard James and Patricia Coffey. He was born and raised in New York, later moving to Tennessee to be closer to his family. Bud was a veteran of the U.S. Navy serving proudly from 1950-1954. He was a longtime Ironwork with Local 33 in New York; he enjoyed bull riding and breaking horses. He became disabled after being injured in a work accident, but still remained very active even until the last few months of his life. After being disabled, he competed in roller skating competitions with his wife, rode a bike from New York to Florida in 8 days and even biked Mt. Lemon. He even learned to make dreamcatchers from the Hopi Indians, a very sacred tradition not often shared by the tribe. In addition to his parents, he was preceded in death by his son, Howard John “Jack” Coffey, 2 sisters and 1 brother. He is survived by his wife of 60 years, Yvonne Coffey; son, Ed Coffey, Sr. (Lisa); grandchildren, Ed Coffey, Jr. (Cheyenne) and Tanya Rojas (Pablo); great-grandchildren, Kevin Felts, Krissa Coffey, Donovan Rojas, Jillian Rojas, Ryan Rojas, Isaac Rojas and his brother, Thomas J. Coffey. The family will have a Life Celebration Service at 2:00 on Saturday, October 1st. Arrangements Entrusted To: Springfield Memorial Gardens, Funeral Home and Cremation Center (615) 384-5437 www.springfieldfh.com