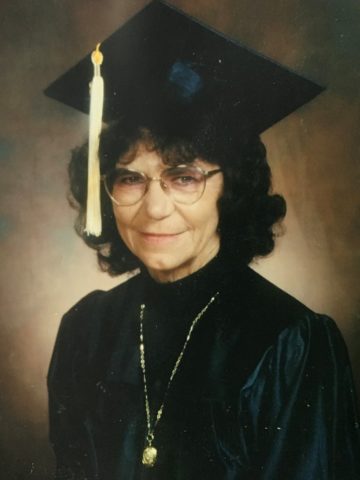 Departed on February 26, 2021 and resided in Greenbrier, TN

Irene W. Martin, 75, of Greenbrier, passed away Friday February 26, 2021. Born January 2, 1946 in Jackson, TN, Irene was the daughter of the late Edward Franklin Weatherford and Eura Holmes Weatherford. She was also predeceased by her husband, Clyde Martin; and her siblings, Elko, Bert, Mayren and Ruth Ann. Irene was “always on the go’. She enjoyed family gatherings and especially loved the time spent with her grandchildren often taking them on trips. In the early years of her marriage, Irene was secretary and office manager for her husband in their tree service business. Like so many of her generation she was also a fan of Elvis Presley. Irene is survived by her daughter, Kay (Freddie) Stallons; her son, Ray Martin-Smith; her grandchildren, Darla (Tony) Arellano, Chancey Stallons, Jat Stallons, Jay Tanner, and Shane Martin; 18 great-grandchildren; her siblings, Herman, Willie and Helen; and her longtime companion, James "Jim" Ratzer. Visitation for Irene will be held at Springfield Funeral Home, Wednesday March 3rd from 4 to 7 pm and Thursday March 4th from 1 to 2 pm. A Life Celebration Service will be held at the funeral home Thursday at 2 pm followed by interment at Springfield Memorial Gardens.