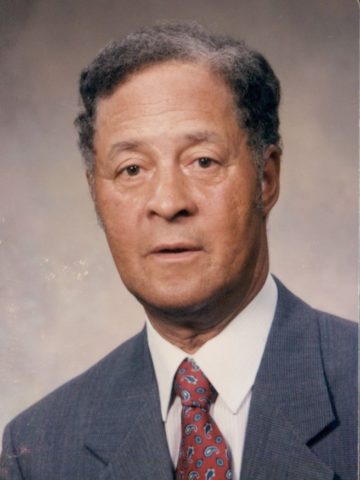 Born in Stroudsville, Tennessee on September 26, 1930

Departed on January 6, 2018 and resided in Springfield, Tennessee

His upbringing was that of farm life. As a little boy, he and his brothers J.C. and Arthur (Buster) farmed alongside their parents. Being a hard worker was instilled in them from an early age. They were stewards of the land and animals on their farm in Turnersville.

James’ (Charlie) early years of education was in a one room school building near the Antioch Baptist Church. All the children in the community attended that school and church. He was also baptized there. He continued his education at Bransford High School in Springfield where he graduated. He attended Draughon’s College in Nashville.

In 1953 he married Salome Majors, to this union was born two daughters. He served two years in the Army during the Korean Conflict. Upon returning home from service, he began working on the Gus Elliott farm with his brother, Buster. Later he was able to obtain employment with State Stove which is now A.O. Smith. From there he worked at the Oscar Mayer Company where he retired.

During all those years of public work, he farmed the land and also managed to have a vegetable garden. He loved to plant turnip greens, collards, mustard, and kale. Our dear mother enjoyed helping him in the garden gathering cucumbers to pickle and tomatoes for her favorite tomato relish. Daddy enjoyed riding his tractor and all that comes with farming the land. He also loved being “Pa” to his granddaughter. Dad’s words of wisdom: “Always look up and look forward despite life’s challenges.” He tried to point out to us to always be positive.

Thanks to our parents and grandparents for passing down to us caring for the land and animals. They also set an example of hard work, love for family, neighbor and most important love for our Creator, Father and Friend-Jehovah. All promises he has mad will be yes by means of his son Jesus Christ. Please read: St John 5:28,29; Acts 24:15; Job 14:1-2,7-9,13-15; 1 Corinthians 15:25,26.