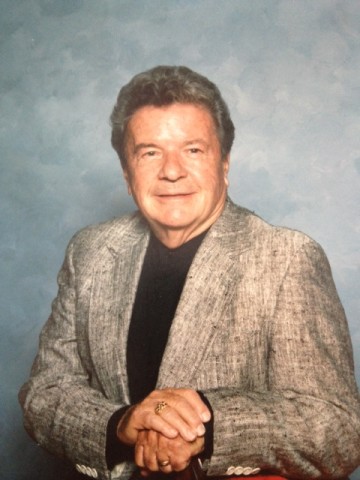 Departed on May 19, 2014 and resided in Hendersonville, TN

Left-handed bass trombonist, James J. “Bucky” Doster, a longtime Nashville musician and teacher, passed from this life on Tuesday, May 19th after a brief illness. Doster was 91 and is survived by his wife of 58 years, Bettye Doster; children, Dana (Tom) Luton and Jan (Jeff) Bennett; four grandchildren, Madison and Cooper Luton, Kristen and Brice Bennett; and a twin sister, Justine D. Stutts. He was a member of the Church of Christ. In 1942 at 19 years old, Bucky joined the Musicians Union and was a member for almost 72 years. He became a Life Member in 1977.

Growing up in Murfreesboro, Doster played in dance bands in high school and college (MTSU) before induction in the Army in 1943. He was first trombone with the 97th Infantry Division Band as well as serving as a clerk typist until February, 1946. After the war, Bucky settled in Nashville and completed college at the George Peabody College for Teachers. He served as band director in Huntsville, AL and at Isaac Litton High School in Nashville before his long tenure at East (Nashville) Junior High School. In his final years as a teacher, he became brass musical consultant for the Metro Nashville Public School System.
During his musical career, Doster played with the Owen Bradley Orchestra and the Nashville Symphony. He toured with Glen Campbell and was a band member with the Johnny Cash Television Show. He was involved in studio work for many Nashville recording artists. In his retirement years, he enjoyed playing with The Establishment, a “big band” orchestra which donates its proceeds to the Blair School of Music at Vanderbilt.
A memorial service will be held for Bucky Doster at 3:00 PM on Sunday, May 25th at Hendersonville Memory Gardens and Funeral Home (615.824.3855) with a reception for friends beginning at 1:00 PM. In lieu of flowers, contributions can be made in his honor to the Doster Family Scholarship at Lipscomb University.