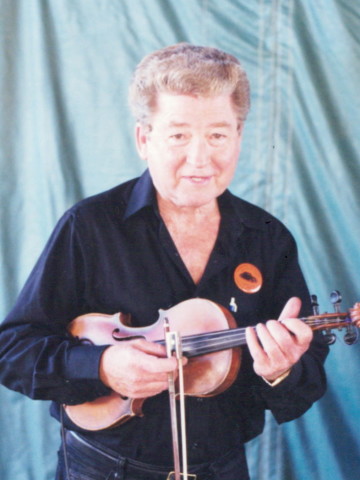 Born in Springfield, Tennessee on December 30, 1938

Departed on December 6, 2015 and resided in Springfield, Tennessee

A lifelong resident of Springfield, he was a member of Springfield Baptist Church for over 45 years and served as an usher, worked for Holman & Holman Insurance for 45 years and served as president from 1975-2011, was a member of Tennessee/Kentucky Threshermen’s Association, the Tobacco Belt Region Car Club, the Bell Witch Opry, NSRA, Good Guys, member of the Bountymen and Reunion of Professional Entertainers.

Mr. Palmer loved music and was an avid fiddle and bass player, having played with entertainers such as David Frizzell, Jimmy Fortune, Earl White, Charlie Collins, Benny Martin, Martha Carson, and John Hartford throughout his musical career; and also was the bass player on the Carl and Sophie Tipton Show.

In addition to his parents, Mr. Palmer is preceded in death by his half-brother, Douglas Palmer, half-sister, Louise Hart, and nephew, Buddy Palmer.

He is survived by his wife of 54 years, Robbye Palmer; sons, John Marc Palmer and David (Alice) Palmer, and grandson James Elijah Palmer.

A Life Celebration will be held on Thursday, December 10, 2015 at 12:00 P.M. in the Chapel of Springfield Funeral Home, with Dr. James Dean and Martin Babb officiating. Serving as pallbearers will be Ronnie Wix, David Bellar, Jerry West, Jim Campbell, David Mitchell, Kevin Phelan, and Paul Lindsey. Honorary pallbearers will be the Ushers of Springfield Baptist Church and the Men’s Sunday School Class. The family will have a private interment following the service. Visitation with the family will be on Wednesday, December 9, 2015 from 4-7pm at the funeral home.

In lieu of Flowers donations can be made to the Springfield Baptist Church, 400 N. Main Street, Springfield, Tennessee 37172.