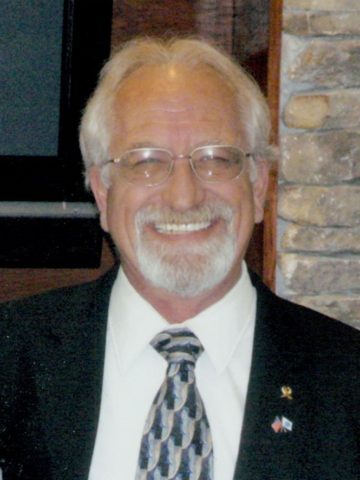 Departed on November 27, 2018 and resided in Greenbrier, TN

Jeffrey A. DeMarcus age 65 of Greenbrier, passed away on November 27, 2018 at NorthCrest Medical Center.

Jeff was born on July 19, 1953 to Neal and Ann DeMarcus in Anna, Illinois and grew up in Madison, TN. At an early age, Jeff was taught by his dad all about becoming an electrician and about the rewards of working hard and providing for your family. He married the love of his life, Ms. Sherry Spann, on September 5, 1974 and settled in Greenbrier. He worked for many years at Ford Glass and later at Johnson Electric and recently at Electrolux. Jeff worked hard, he was a true definition of “from Sun Up to Sun Down” working around the house and in the garage fixing old motorcycles.

He was a true servant to his friends, family, and community helping those in need. He volunteered many times to fix things around Greenbrier United Methodist Church instead of hiring it done. He felt honored to serve the church that meant so much to his family. As a member of Al Menah Shriner Temple, he sold programs during the Shriners Circus and spent many Palm Sundays with his boys knocking on doors selling papers to raise money for the Shriners Hospital. He belonged to Madison Masonic Lodge #762, where he helped with the pancake breakfast and fish fry’s over the years. He was also apart of the IBEW 429 in Nashville.

Family and tradition run deep in Jeff and Sherry’s family. When their sons were little, the family traveled to Birmingham, AL to Sherry’s parents’ hometown for Easter Sunrise Service that was held at Jefferson Memorial Gardens.  This would start a tradition that would carry on with their grandchildren years later. Thanksgiving and Christmas were spent at Memaws house and family reunions were held at Big Sandy. When Jeff and Sherry welcomed the first grandchild their whole world changed. They loved watching each one grow and become a unique part of their life. Danny told stories of going to his parents’ home to pick up his children and his dad driving the kids in the golf cart around to the back of the house and act like he didn’t see or hear him pull up. Family vacations to Florida and Disney will be memories that will be cherished forever by every member of their family.

Jeff will forever be remembered as a loving husband, devoted father, and “Pop” to his family.

He is preceded in death by his father, Neal Bennet DeMarcus.

In lieu of flowers donations can be made to the Greenbrier United Methodist Church 204 W. Main Street Greenbrier, TN 37073.

12 Comments to Mr. Jeffrey A. DeMarcus