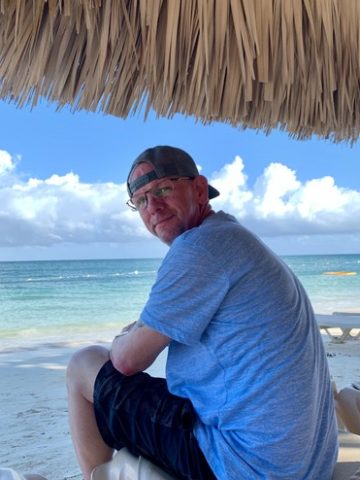 Departed on September 4, 2020 and resided in Greenbrier, TN

Jeffrey Scott Adams, age 50 of Greenbrier, passed away on September 4, 2020 at Centennial Medical Center in Nashville.

He was born on January 17, 1970 to the late James and Glenna Adams in Nashville, Tennessee. Scott was a 1988 graduate of Greenbrier High School, worked the last 28 years as an Elevator Constructor with IUEC Local 93 and was a member of Long Hollow Baptist Church. He married his high school sweet heart Ms. Kimberly Barnes on March 7, 1992 and was blessed with three children.

Scott enjoyed spending time with his family from vacations with his children, to decorating for Christmas at his parents or special date nights with Kim at Maggiano’s. He enjoyed traveling with his parents as a young boy and passed this down to his children. The family enjoyed going to Disney World over the years, hiking the mountains of Colorado and just this February spending time watching the sunset in Jamaica. His love for traveling also opened the door to participating in a mission trip to Haiti through his church. Kim remembers the pure joy in Scotts eyes as he talked about playing with the children, and worshiping with the Haitians and his daughters.

He is described as a selfless man that was strong and fearless. Scott made sure that the people around him had everything they needed. His laughter brought smiles to his group of friends and church family when they needed it the most. Scott was faithful to God which in returned blessed him with his wonderful family and friends.

In addition to his parents, Scott is preceded in death by his brother, James Barry Adams.

A Life Celebration will be held on Wednesday, September 9, 2020 at 11am in the chapel of Springfield Funeral Home with Andrew Bolton and Dr. Fred Baldwin. Entombment will follow in Springfield Memorial Gardens with Tim Aric, Kenny McGee, Martin Schmidt, Hunter Myatt, Steve Guldenzoph and Matt Walker serving as pallbearers. Honorary pallbearers will be JJ Adams, Michael Adams, Chris Adams, Eric Holt, Philip Holt, SL Searcy and Danny Williams. The family will receive friends on Tuesday, September 8, 2020 from 4-8pm then again on Wednesday from 10am until the time of service.

The family request memorial donations be made to: Emmanuel Haiti emmanuelhaiti.org | Memorial Gifts )