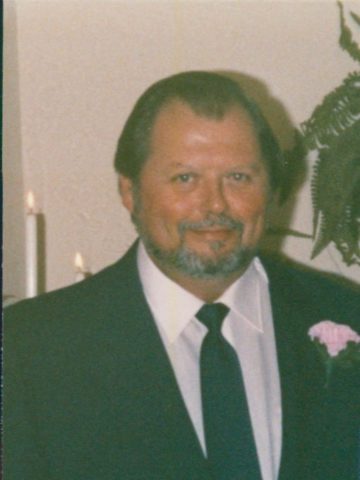 Departed on February 16, 2019 and resided in Old Hickory, TN

He was born on August 7, 1943 to the late Paul and Ada Adcock Keller in Madison, TN. He worked for over 40 years for Dupont/Remay before retiring, to spend more time enjoying life with his wife Shirley. Joe recently began attending the Suggs Creek Cumberland Presbyterian Church in Mt. Juliet, with his daughter Dianna, son-in-law David and one of his granddaughter’s, Willow Keller. He was a member of Madison Heights Baptist Church where he had attended, as a child, with his parents.

Joe marrying the love of his life, Shirley Neely Ellis, on April 12, 1975. Their two families became a blended family of one son, David Ellis, and two daughters, Kimberly Keller and Dianna Ellis. Two years later they welcomed a son, Joe Keller II.  He later became a doting and loving grandfather and great grandfather, whom they called Dah and Papa. Joe was a dependable family man and a loyal friend. He was there to give advice and guidance when asked and was happy just to be a sounding board when needed. He was never afraid to be direct, candid with his thoughts, and pretty much told it like it was.

Joe II told a story of how his Dad taught him how to play baseball at an early age and later, attending his games and the pride and joy he saw in his eyes. Years later he’s as that same pride and joy while his dad spend time with his grandchildren on the weekends. Dianna told about the time she had a mishap in the family car. She was dreading that phone call home asking her dad to come meet her and the police at Pizza Hut’s parking lot because she had backed into a car. She knew she was going to be grounded, her keys taken away and driving privileges suspended. However, when her Dad arrived, he hugged her, asked if she was ok and told her everything was going to be just fine, he was just glad she wasn’t hurt. He knew these things happened and rather than being angry, he was understanding. She kept her key’s and driving privileges and was not grounded, he reminded her that everyone had been in her shoes at one time or another, even him.

Years ago, Joe was once described as a BIKER MAN and was a member of a local club at the time. He enjoyed riding his bike and sporting that biker vest, but under that rough and tough exterior was a gentle giant. Which became evident in his later years, when you saw him with his grandchildren and great grandchild. He had a love for family and an uncanny compassion for animals, especially his cats, the raccoon and opossum that regularly received their dinner on his and Shirley’s front porch.

He enjoyed fishing with is son-in-law, David, in their boat or hanging out at the lake talking with his friends or feeding the stray cats. He was at one time an avid hunter, and enjoyed in his earlier years, rabbit hunting with his dad and brother and later on deer hunting. His most favorite thing was taking his wife, Shirley, to the Smokey Mountains or taking a drive to Kentucky, to eat at their favorite Catfish place and to shop at the local antique stores.

You could find him most weekends, sitting in his oversized, comfy recliner with his cats on his lap or on the back of his chair watching a Nascar race or a good western or even a good show on the Hallmark Channel.

The many good memories made in the last 44 years, between Joe, Shirley, Joe II, David and Dianna will be treasured for many years to come.

A Life Celebration will be held on Tuesday February 19,2019 at 1:00 pm with Rev. Eddie Smith officiating. Burial will follow a Springfield Memorial Gardens with family and friends serving as pallbearers. The family will receive friends on Monday, February 18, 2019 from 4-8pm and again on Tuesday from 11:00 am until time of service.

These arrangements were entrusted to Springfield Memorial Gardens, Funeral Home and Cremation Center – 4005 Memorial Blvd Springfield, TN  37172  615-384-5437. Online condolences can be made at www.springfieldfh.com