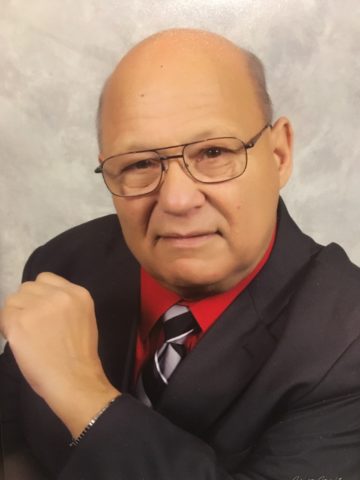 Departed on June 21, 2017 and resided in Springfield, Tennessee

He was born on November 10, 1945 to the late George and Geneva Poston in Quincy, Florida. At the early age of twelve, John dedicated his life to God and began preaching. At the age of sixteen he began to pastor his own church. The congregation looked forward to seeing what unique titles John came up with during the week. John married the love of his life Ms. Weda Albritton on November 9, 1968 and together raised four beautiful girls. As a family they traveled as an Evangelist, the girls can remember riding many miles in the back seat of the car and even sleeping in the floorboard and the back window as they traveled state to state spreading the Gospel.

In later years, John and Weda would settle in Springfield, Tennessee where he continued to preach for the next 25 years and founded the Eagles Nest. All in all John spent 59 years of his life preaching the Gospel and winning hearts for the Lord.

John had a wonderful since of humor and loved to aggravate his little ones. As most little girls are curious during Christmas, John would wrap up different items that gave different sounds when shook. However when it was time to open the wonderful present, they would be shocked to find nothing but food cans and other random items. His humor didn’t stay at home, one memory that was shared, told of a time when  they were at the grocery store checking out and Vickie turned around there her dad was jogging in place with a sweat ban around his head. He had the cashier and the people behind them doubled over in laughter.

As much as he loved his children, he loved his wife tenfold. Everything John did was first and foremost for his beloved Weda. When they moved next door to Vickie and Steve he made sure that the house was built just as Weda wanted and made sure it was somewhere they could stay for years. He had a sunroom built on the back where she could enjoy sitting with the beautiful sun beaming in around her. The garden was their personal piece of paradise; private for just them, they enjoyed planting different flowers and watching Gods beautiful creation come to life in the birds, flowers and animals every spring.

John was truly a one of a kind man; he will forever be remembered as a Godly man, wonderful husband, devoted daddy and Papa.

In addition to his parents John is preceded in death by his two brothers Daniel and Randall Poston.

The family request in lieu of flowers donations be made to the City of Faith Church 1001 Goldcrest Drive Springfield, Tennessee 37172.