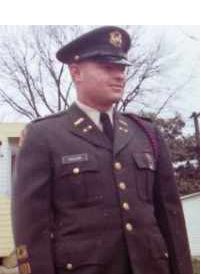 Departed on December 29, 2020 and resided in Springfield, TN

John attended one year of college at Vanderbilt University and graduated from Tennessee Tech. Upon graduation he entered the United States Army as a 2nd Lieutenant, primarily stationed at Fitzsimmons Army Base in Denver, CO.

In 1974, John married Patricia Adkison in Springfield, TN. She predeceased him in death in 2012.

After his military service, John worked as a microbiologist at the University of Illinois and then was an assistant science teacher at Tennessee Tech. He spent most of his career in various teaching fields.

John was a member of the Church of Jesus Christ of Latter-Day Saints and he loved the Lord and his church affiliation and the friends he made through the many church activities and was quite active in the Family History Center. He also worked with food quality control for the church.

After his retirement, John was asked to pose as Santa Clause for many young children during the Christmas Holidays. The children loved him, and he loved playing Santa.

John was predeceased by his parents Roy Wood Cullen and Johnnie Hash Cullen, his wife Patricia and his only sibling, Richard Wiley Cullen. He is survived by his former wife, Sharon Cullen and their two children Juanita Cullen and Mendel Cullen both of Aurora, Colorado; niece Bonnie (Cullen) Gillan; several cousins and numerous friends.