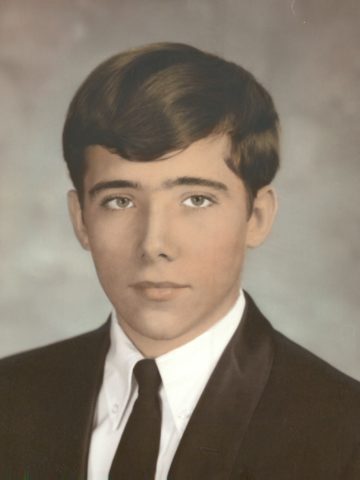 Departed on April 14, 2020 and resided in Springfield, TN

John Jay Stroud age 68 of Springfield, passed away at his home on April 14, 2020 with his mother and two sisters by his side.
He was born on March 28, 1952 to the late Jesse Jay Stroud and Elizabeth Fehrman Nipper. John was raised in Adams, TN and graduated in 1970 from Jo Byrns High School before joining the United Air Force. After his honorable discharge from the Air Force, John went to work for Unarco Material Handling in Springfield as a welder for 27 years. He was a member of Red River Baptist Church
John was described as a loving son, brother, uncle and friends. He was generous and humorous to those who knew him. Some of his favorite TV show and movies were Gunsmoke, anything John Wayne, and other Western. John also collected guns, knives and tools. You could find him most days driving around checking on his many friends.
He is preceded in death by his grandparents, John Frank (Valeria) Garrison Stroud and Curtis and Theresa Dickens Fehrman.
He is survived by his mother, Elizbeth Nipper; siblings, Jennifer Newcomb, Sheila (Tommy) Smith and Garry Nipper; nephew, James L. “Jimmy” (Mary Serene) Hendrix; great nephews, James Dylan Hendrix, Micah Daniel Hendrix and Jordan Levi Hendrix and his faithful pet, Sock and Jelly Bean.
A Graveside service was held on Monday, April 20, 2020 at 3pm at Springfield Memorial Garden with Brother Gary Dillard of Calvary Baptist Church officiating. Online condolences can be made at www.SpringfieldFH.com.
The family would like to extend their heartfelt gratitude to Ricky Burns for the support and comfort he has brought to the family, to Ami Fry for her special care and to the Doctors, Nurses and Staff at Tennessee Valley HealthCare System.
These arrangements were entrusted to Springfield Memorial Gardens, Funeral Home and Cremation Center 4005 Memorial Blvd Springfield, TN 37172: 615-384-5437.