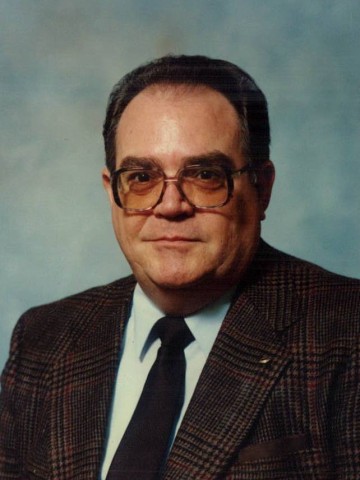 John Vernon Ferrell, Jr. age 78 of Portland, TN passed away on July 3, 2014. John was an honorable man, who loved the Lord and his church. He also loved his family and many, many friends. He served his country for eight years in the United States Navy. He had a special place in his heart for little children and puppies. He could remove a splinter from a crying child’s finger with the expertise of a surgeon. His favorite food was apples, done any way, in pies or fried like his mother used to do. There was nothing that John could not fix or build, from a house, his tractor, the clock, an audio system, or anything that needed repair. Of course, he was a master gunsmith. His memory was amazing, especially the most important things. He liked westerns and John Wayne was his favorite hero. If you asked him for advice, it would be simple and short; “Just do the right thing”. John was such a pack rat. He probably had the screws from his first tool kit and knew how to put them to use. John was capable of enduring. No matter what the doctors and nurses told him, he would ask questions and decide what he wanted. He rarely complained. Those who took care of him grew to love and respect him. That’s what he wanted and received, because he loved and respected others. He was a truly good man and will be missed by so many.
He is preceded in death by his parents, John, Sr. and Lorene Ferrell, and 2 sons, Charles Ennis Ferrell and Robert Lee Ferrell.
He is survived by his loving wife Wanda Kay Ferrell, daughters, Kay Lowe of Antioch, Jeanne Crain (Rick) of Castalian Springs, and Bobbie Troutt of Portland, sons, Rob Beach of Raliegh, NC, and Randy Beach of Gallatin; 8 grandchildren and 7 great-grandchildren.
Active pallbearers will be Frosty Gregory, Henry Gregory, Bill Anderson, Ron Green, Dave Safford, Jim Eidson and Ron Sloan.
Visitation will be held on Sunday, July 6, 2014 from 2-8PM at Hendersonville Funeral Home. A life celebration ceremony will be conducted on Monday, July 7, 2014 at 11am in the chapel of Hendersonville Funeral Home, with visitation 1 hour prior to the service.