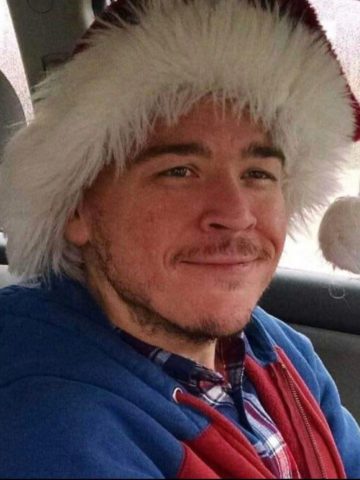 Departed on September 1, 2019 and resided in Springfield, TN

He was born on October 21,1982 to Mike and Donna Edmonds at Nashville Memorial Hospital. He was a surprise gift from God to Mike and Donna and their children. Jon was the puzzle piece that connected their two blended families.

Jon was a graduate of Goodpasture Christian Schools Class of 2001, after graduation he attended Freed-Hardeman University then attended Volunteer State Community College.

Jon got his love for Christmas from his father and aunt, Betty. He started listening to Christmas music in August and would start decorating in October. Jon and his dad started a Christmas village that started with a couple of houses and has grown to include a working ice-skating rink, houses, trees, animals, people and so much more. He loved to share the joyfulness of Christmas and often helped a family in need make their Christmas wishes come true.

He was a member of Echo Hills Church of Christ where he was one of the song leaders. Jon had a strong faith and when he was diagnosed in 2016 with stomach and esophageal cancer, he told his family he was ok either way it turned out. He believed the Lord would take care of everything.

Jon worked for Walmart from the time he was 16 years old. He worked at several locations including Springfield, Hendersonville and Rivergate, acquiring friends all along the way. When Walmart on Dickerson Road was being built, Jon discovered that he enjoyed setting up the store. Along the way he assisted in the opening of a few additional locations. Jon remained at the Dickerson Road location from its beginning and Grand Opening in 2010. He enjoyed his work family and was glad when he felt well enough to be part of the team over the past three years.

Jon was described as a great listener that was devoted to his friends. His friends knew that if you had him as a friend you had a friend for life. He was a shoulder to cry on and an ear to listen. He was a kind and gentle soul. He enjoyed playing “Dead by Daylight” with Sean, Blake, Jim and Eric. However, his devotion to his family was one of a kind. Jon was a lot of help to his parents, from taking his mother to the mountains for just quality time for the two of them, to helping his dad with any task; including the massive Christmas Trees that adorned the living room each year. He was the best of the best help no matter what you needed. Jon was also described as a cutthroat Scrabble Player by his mother and she even accused him of memorizing all the “Q” words that didn’t have a “U.”

Jon will forever be remembered as a loving son, brother, uncle and dear friend to many.

A Life Celebration will be held on Saturday, September 7, 2019 at 2pm in the Chapel of Springfield Funeral Home with Brother Sellers Crain and Blake Southhall officiating. Burial will follow in Springfield Memorial Gardens with family and friends serving as pallbearers. The family will receive friends on Friday, September 6th from 4-8pm then again on Saturday from 12pm until the time of service at the funeral home.

The family request memorial donation be made to the Echo Hills Church of Christ, 1106 Campbell Road Goodlettsville, TN 37072 or to the American Cancer Society.