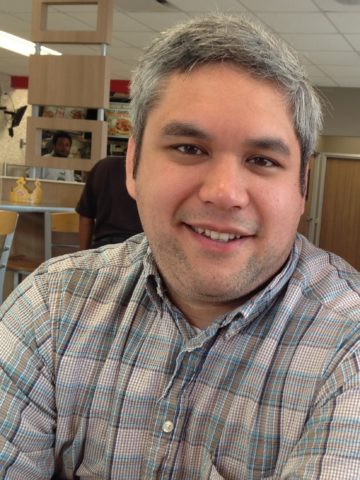 Departed on March 11, 2019 and resided in Springfield, TN

He was born on June 7, 1985 in a small town close to the Mexico Border in McAllen, Texas. He is the middle of three children born to Daniel and Aida Worden. Jonathan was homeschooled by his mother through the Abeka Curriculum. His parents wanted him to have the best education possible.
After graduating he attended Pensacola Christian College, where he double majored in Marketing and Business Management. In his final year, Jonathan was asked to help out a friend of a friend that needed an escort to the Mackenzie Fine Arts Banquet. That night he met Shaunda Jenkins, a girl from Indianapolis, Indiana that was studying to become a teacher, little did they know that both of their lives would be changed forever.

After a lovely evening, Jonathan decided he wanted to get to know Shaunda better but she refused to go out with him again. However, with Jonathan’s determination not to give up, Shaunda agreed to give it a chance. They started dating knowing that their lives were heading in two different directions. On Shaunda’s birthday, Jonathan gave her a promise ring; a ring that symbolized his promise that no matter how far apart their jobs took them he would be true to her. After two years of a long-distance relationship, Jonathan took Shaunda to Port Isabell Light House. Even though he was afraid of heights, they climbed to the top where he asked her to marry him. They married in a beautiful ceremony with their family and friends on June 20, 2009. They spent their honeymoon in Victoria, British Columbia in the Vancouver Islands which would be a special place for them both.

They enjoyed traveling, visiting their family in Indiana and Texas. During the long car rides they talked about what they wanted in the future and places they wanted to go. Jonathan dreamed of being able to teach at a Christian College. Shaunda had a passion for teaching children to read. He loved American History and family genealogy. He could spend hours reading and learning about different world events. His joy of reading and learning gave him the ability to hold conversations with anyone. He would find a subject that they both had in common and they would spend hours discussing it.

Jonathan started work at National Car Rental in 2007 and in 2010, the Lord opened up an opportunity in leave Memphis and move to Nashville. He started to work as a Project Analyst for All State and they moved to Greenbrier to start their family. They bought a home in Springfield a few years later and began to pray for God to bless them with a child. As they waited for their prayers to be answered they began making their house into a home. Jonathan loved working in the yard, planting beautiful flowers for Shaunda to enjoy and raising a garden. He enjoyed fixing anything around the house. In 2017, their prayers were answered when they welcomed their sweet Olivia Ann into this world. Olivia was Jonathans pride and joy, he was so excited to become a father. They knew they would raise Olivia to rely on the Lord to guide her through this life and so every night they would read her Bible stories of his amazing love and pray together as a family. Sundays were spent with their church family at Providence Baptist Church. Shaunda said “He was my rock.” “Anytime I began to worry, he reminded me where our faith lied and who was in control.” “He was my constant reminder that everything would be ok.” “He was Everything.”

Jonathan will be forever be remembered as a faithful steward of the Lord with a servant’s heart. A soft-spoken and devoted husband and father….. A True Texan.
He was preceded in death by his dad, Daniel Bruce Worden.

A Life Celebration will be held at 2pm on Friday, March 15th at Providence Baptist Church 3850 TN-49, Springfield, TN 37172 with Pastor David Price officiating. Burial will follow at Springfield Memorial Gardens with Jason Worden, Peter Ryan, Walt Baaske, Matt Dodd, Ron Vanderhengst, and Ricky Leding serving as pallbearers. The family will receive friends on Thursday, March 14th from 4-8pm at Springfield Funeral Home, then again on Friday from 12pm until the time of service at the church.