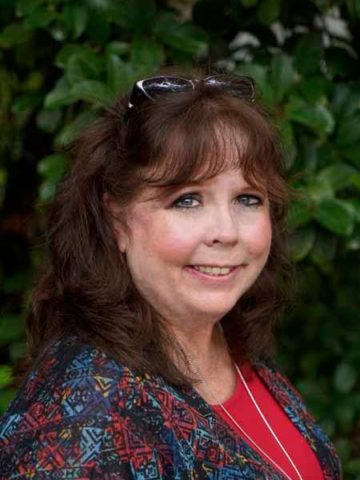 Departed on June 29, 2018 and resided in Springfield, Tennessee

Kathy Hulsey Seeling, age 60 of Springfield and formerly of Alexandria, Louisiana, passed away unexpectedly on June 29, 2018 at Vanderbilt Medical Center.

She was born Kathy Jean Hulsey on July 12, 1957 to the late Barney Owen and Betty Joan Bayne Hulsey in Gadsden, Alabama.  Kathy graduated from Gardendale High School in 1975 and went on to receive her Bachelor’s Degree in Journalism from Auburn University. She later moved to Alexandria, Louisiana where she would start her family.

Kathy loved her girls and her grandbabies. They were truly the light of her life. Grana always went above and beyond on everything she did for them. She was even working three jobs to save enough money to fly and see her daughter Coleen who is currently stationed in Italy for Christmas this year. She would start planning the next years event or holiday a year in advance just to make sure everything was perfect and she was always up for a new adventure. Surprise birthday road trips to Holiday World, Dollywood and to the beach were some of her favorites.

There are many things that we could tell you about her but one of the most important things is she loved and lived life big. Life didn't always treat her well but she always kept moving forward and was one of the hardest working women you would ever meet. If you were privileged to count her as a friend there were many fun times filled with crazy stunts, smiles, and laughter. You didn’t have to worry about losing touch with her because she always knew when to make those special calls during the day and especially on your birthday. She was one of those friends that no matter how long it had been since you talked, you had no problem picking right back up where you left off.

For many years Kathy owned and operated Throw Me Something! in Alexandria, which was the exclusive vender for Mardi Gras beads in town. She co-founded and was crowned the 1st Queen of the Krewe of Mariposa in 2001. Even after closing her shop and moving, she continued to have loyal customers placing orders for Mardi Gras beads every year.

After leaving Louisiana, she found her perfect little corner of the world in Tenn-tucky. She enjoyed watching NASCAR, collecting frogs, canning, making homemade gifts and recently had started to quilt, which she said was a dying art form. Elvis, The Meters, Brad Paisley, Cher, The Eagles, Heart, and ZZ Top were some of her go to music choices. When it came to sports Kathy loved Auburn and LSU and it was always a true struggle when they played against each other. She loved to travel to the beach (even if she couldn’t swim) and she would sleep on the balcony listening to the waves hit the shore. She recently traveled to Canada and had the best time. She was an exceptional writer and had a passion for cooking… especially Cajun food. No matter the occasion, she could whip up something good in a flash. If you were lucky enough to get a recipe, you were sworn to secrecy and hoped she gave you all the ingredients. She loved to entertain and cook for a crowd.

Kathy always had what was best for her family in mind, for this reason she will forever be remembered as a loving mother, Grana, sister, and friend to so many.

She is preceded in death by her parents, Barney and Betty Hulsey.

A Life Celebration will be held on Thursday, July 5, 2018 at 8pm in the Chapel of Springfield Funeral Home. The family will receive friends on Thursday from 6pm until the time of service.

There will be a Life Celebration at Lil Cajun House in Alexandria, Louisiana on Saturday, July 14, 2018 from 6 to 8 pm.

The family requests in lieu of flowers that donation be made the to St. Jude Children’s Research Hospital, 501 St Jude Place Memphis, TN 38105.