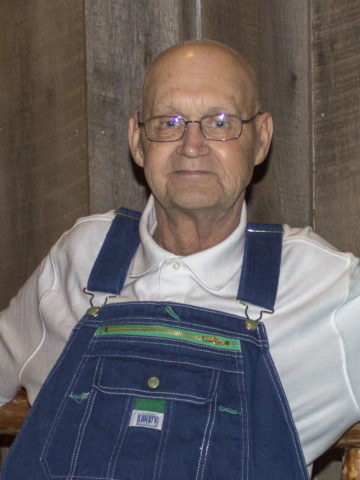 Born in Greenbrier, Tennessee on August 6, 1946

Departed on January 23, 2018 and resided in Cedar Hill, Tennessee

He was born August 6, 1946 in Greenbrier, TN to the late C. Porter and Roberta Taylor Smith.

Larry was described as a loving and devoted man. He thrived by making others laugh and bringing joy to their life.  He worked for 50 years as a truck driver around the Middle Tennessee area hauling anything and everything. Even after the doctors had given up hope, he was determined to get back to driving a truck after they found the brain tumors in December 2017.

When he wasn’t on the road, he enjoyed spending time with his children, grandchildren and his dog George. When you came over nine times out of ten there was at least one if not two different kinds of cake in the kitchen for his family. Larry loved to bake cakes and try different flavors.

Larry had a passion for motorcycles. He and his best friend, Alan Green had the best time traveling to Gatlinburg. They would take to the road and head to the Tail of the Dragon. He told once that it is about you, the pavement, and 2 hands of white knuckles. Eleven miles and 318 curves, its considered one of the most exciting drives in America; Larry and Alan loved it and had planned on doing it again and Devil’s Elbow this summer.

A Life Celebration will be held on Friday, January 26, 2018 at 12pm in the Chapel of Springfield Funeral Home with Rev Jeff Kennedy officiating. Burial will follow at Springfield Memorial Gardens with, Tyler Bowen, Bailey Bowen, Tad Bucher, Tyler Banton, Trenton Mathew, and Timothy Mathew serving as pallbearers. The family will receive friends on Thursday, January 25th from 4-8pm then again on Friday from 10am until the time of service.